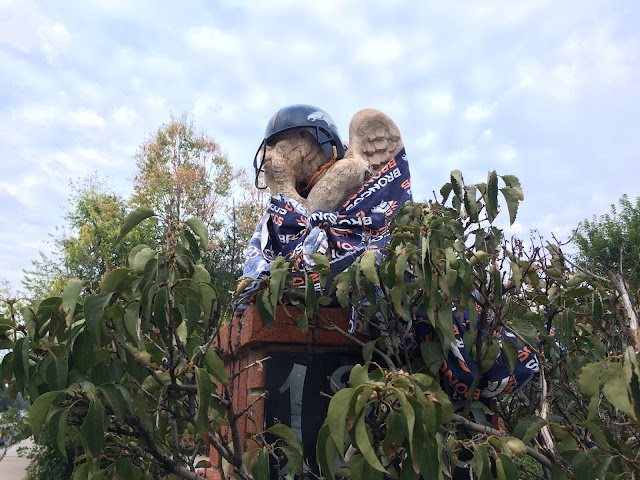 The Gargoyles know that it's football season! We've covered the Gargoyles and their myriad costume changes in this blog many times, but this is easily my favorite outfit in which they have been adorned. The Broncos have begun 3-0, and our stone friends are celebrating the good start of the season.

As for today's run, you can tell by the sizable gaps on the map below that I was a walking fool this morning. This was my final run as a 38 year old, and I was dragging. It started just over a mile into the run and I kept having to stop and rest. Some days are a struggle, but somehow I was able to push through enough to get to the 7 miles run mark despite it being a pretty weak effort. Still, a rough run is still better than no run. I'll rest up the next few days and try and attack things a bit harder on my birthday coming up on Thursday. 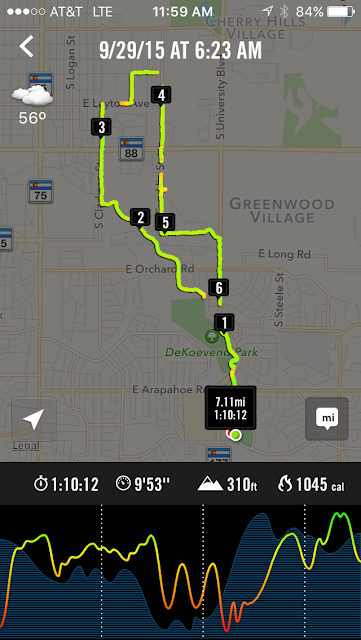