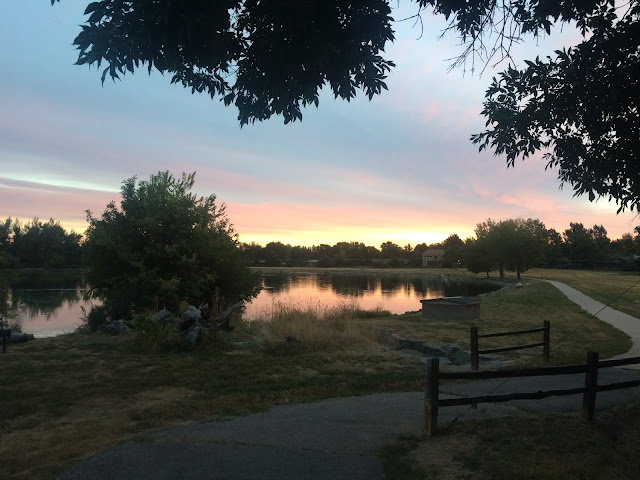 Sometimes something forces you out of your habits, and it turns out to be a pretty good thing. I think I may be ditching Endomondo for the Nike+ running app. I haven't permanently decided that, but I really like the way their map works and the functionality of it seems a little bit better than Endomondo. I was forced to try Nike+ because after updating my phone to iOS 9, Endomondo just stopped working on my phone. It has since been fixed, but I'm undecided if I want to go back to the familiar or play with the new some more. Stay tuned.

As for this run, it felt nice, and there was something magical about watching the sunrise come up over Ketring Lake. Not too shabby an outing for the final run of summer. 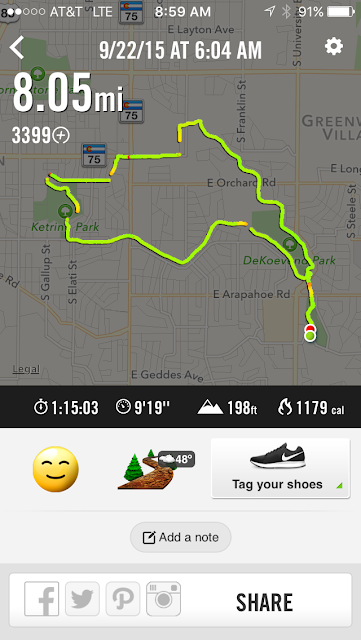