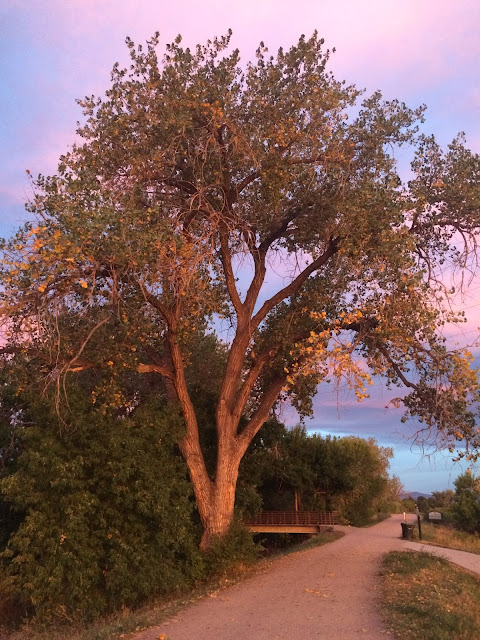 Clearly, the best thing about this morning's run was the unbelievable sunrise. I took many photos of it, and they are very pretty, but I decided to use a picture that happened while the sunrise was happening without actually using a picture of the sunrise. In this picture, my back is to the sunrise, and you can see fairly plainly the pinkish hue that the world took on for a few minutes this morning. Basically, it was so beautiful that even it's reflection was beautiful. Good morning to me!

As I was taking pictures, I saw a man who was just standing on the side of the path taking in the beauty. He was doing nothing other than standing still and admiring, and I think he was on to something. I don't know how long he stood there, as he was there as I took pictures, he was there as I admired for a few minutes, and stayed standing as I ran off. Good for him, I say. Stop and enjoy those random moments of wonder. I probably should have done likewise. 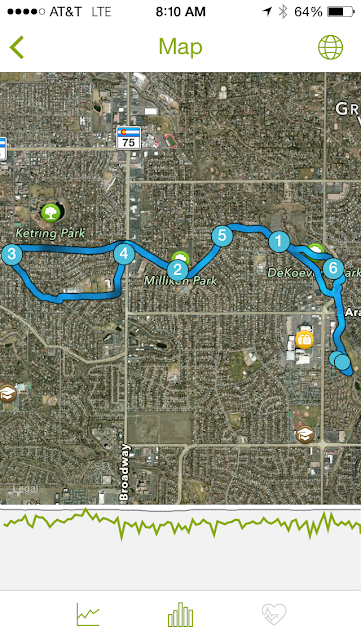