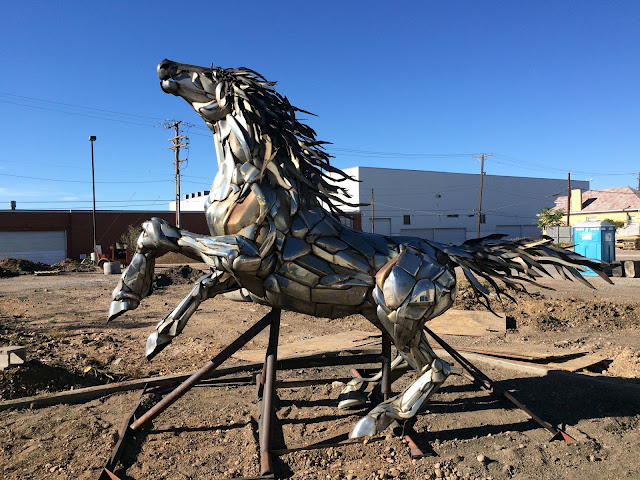 This run was odd in that it began and ended in Wash Park, one of the most heavily run areas in Denver, but the middle chunk took me through quite likely the least jogged area of town. I had intended to run along the Platte River Trail, but much like Bugs Bunny taking a wrong turn in Albuquerque, I took a few questionable turns and suddenly found myself in a hard core industrial area. The thing about industrial areas is that they are not heavily fortified with nice things like trees or grass, and are generally unpleasant to be in. This would explain why on a Sunday, there was nary a human soul to be seen, because on a day of rest there is no good reason to be in an industrial park.

Despite it being a very ugly and empty part of town, there were a few cool things that I encountered. Oddly, there was a Tardis in a gated area that I could only partially see. I know that it is a Tardis from exposure handing around with nerd friends, although I cannot honestly tell you what a Tardis is or does. All I know is that it looks somewhat like a phone booth and is from the television Doctor Who, and I think that it has something to do with time travel. My nearest comparable would be the phone booth that Bill and Ted travel around in with Rufus. Anyway, there was a Tardis in the industrial park....for whatever that is worth.

The coolest thing I encountered while in the industrial bin was turning a corner and seeing this awesome horse sculpture just hanging out in front of a gross industrial building. I'm not sure what it was there for, but it was a cool thing in the midst of very few cool things and mostly gross things. I was overjoyed when I saw it because it was one of the few interesting things I had seen and also because I instantly knew what photo would make the blog. The Tardis was cool, but it was hard to get a photo of, since I could only see the top 2 feet of it from the other side of the fence.

So, I saw a cool horse and a Tardis, but there is no chance that I'm going running in that neighborhood ever again. It was really gross. The worst part was that it was hard to find my way out. I kept thinking I was going to be able to get out, and then I was confronted by locked gates that barred my way. I'm a little scarred. 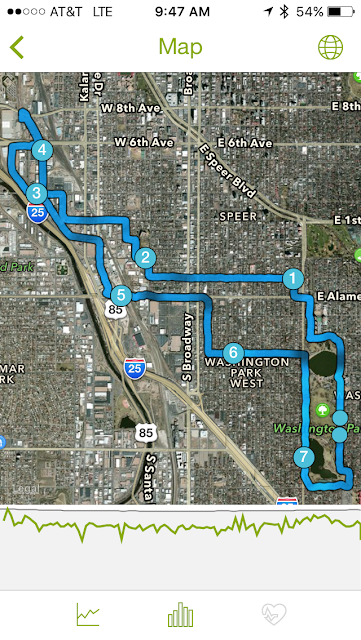