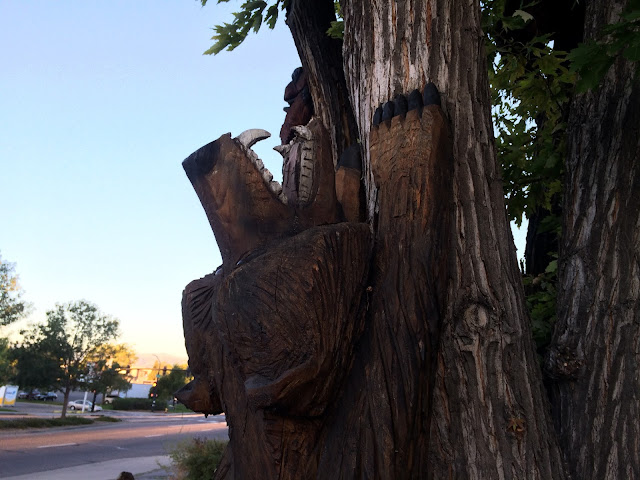 "Running is like a old lover that you can always go back to and they always make you feel good." -A woman that I ran with for about two miles this morning.

For the second time in the last three runs, I found myself in conversation with a fellow runner. This time it was a woman I would estimate to be in her mid-fifties. The things which I gleaned about her is that she is a realtor (realtors will almost always let you know this), she is recuperating from a fall where she broke both of her wrists, she REALLY likes running, and I think she's from somewhere in Eastern Europe. I couldn't quite tell exactly what part of Eastern Europe, but her accent definitely sounded generally that way.

She was quite friendly, and the thing that amused me most about her was she pulled my move. When I saw her at first she was not moving quickly. She was a bit ahead of me on the Highline Canal trail, and I caught up to her quite quickly. However, as soon as I pulled up next to her, she sped up a lot. I do this all the time when faster runners go to pass me. I had figured that I was going to quickly pass her and that would be that, but she increased her speed and matched my pace easily. I wasn't expecting that, especially since I was moving pretty fast (for me) at that point, and she had been going incredibly slow up to this point.

She commented about how nice the day was, and then kept chatting with me to the point that I realized I was going to need to pull my earbuds out. I was glad that I did. As is always the case when this happens, I enjoyed the conversation. I do hope I run into her again sometime. She was fun.

In addition to being friendly, I also had the bejeebus scared out of me early on in this run. I had just run out of a tunnel underneath University Blvd when a very bright appeared behind me. I had not noticed this light while I was in the tunnel, and then it was immediately upon me. It was bright enough to be a car headlight, which is confusing on the Highline Canal trail, and it made my heart rate jump. I turned to see a biker with by far the brightest headlight for a bike that I have ever seen. It could have doubled as a train spotlight...the kind you see bearing down the coyote in Wile E Coyote cartoons whenever the he is foolish enough to go chasing the Road Runner into a train tunnel. I calmed down pretty quickly once I realized it was just a bike, and I was even more amused when he passed me by and I saw that he had a very bright pulsating red lamp on the back of his head. This guy is into safety via luminous gadgets.

Today's photo comes from Littleton Blvd, and is the head of a pretty large bear carving. This bear appears to be angrily pawing at a tree for some reason. I don't get it, but since it's a bear, I approve. (I love bears.) 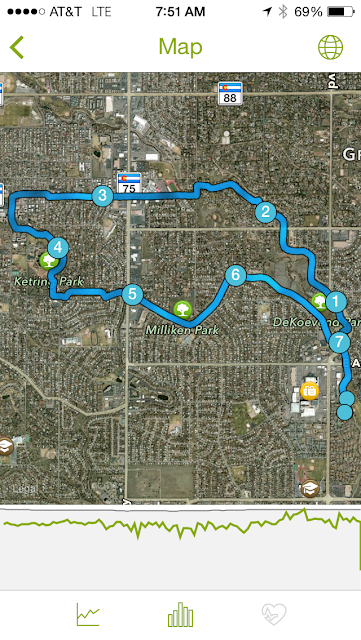