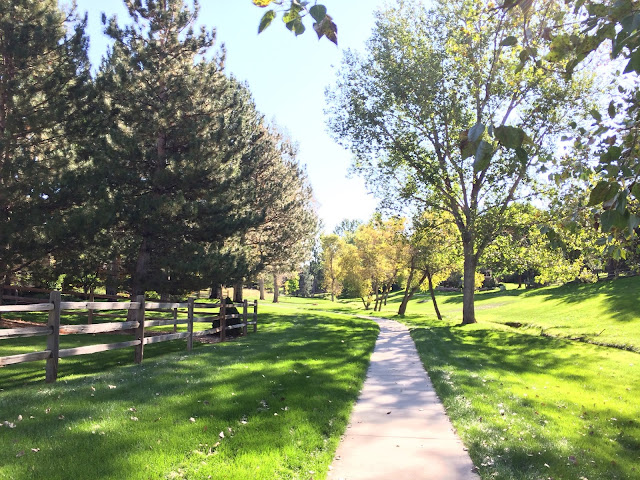 September 13, 2015
7.37 Miles in 1:07:46
Mood: Mildly disappointed but looking forward to football.
Soundtrack: The Avett Brothers "I and Love and You" / Counting Crows "Saturday Nights & Sunday Mornings"

It was a bright and hot morning, and I had a deadline which kept me from straying too far from home. That deadline was the kickoff to the NFL regular season, and I was exited to get home and watch some games. I decided to head off towards Park Meadows mall, which is only a few miles away, as I was hoping to purchase a new Broncos t-shirt for my daughter, as it has become a tradition to take a photo every Broncos Opening Day, and she hasn't had a new Broncos shirt in a few years.

Sadly, I was disappointed to find that JCPenney doesn't open on Sundays until 11 AM. I had a coupon for JCPenney that I was hoping to use, but 11AM also happened to be the time kickoff for the first games was scheduled, so I immediately knew that wasn't happening. This was a bit of a bummer to me, as the neighborhood near Park Meadows is not overflowing with great places to run, so I wasn't going to get to shop and I was going to have to deal with meh scenery.

I did find one decent trail, and upon that trail I found a guy who was running a very fast pace. He passed me, and I sped up to his pace because it was a good pace and having someone to chase makes it easier to go fast. I ended up catching him, and we ran together for about a mile. I learned his name was Jared and he was a Cincinnati Bengals fan. He seemed like a nice fella, and it's always good to have a chat with someone who likes to run while you're both running. Happens far too infrequently, as it's always pretty pleasant.

After parting ways with Jared, the rest of the run was rather non-descript. I had to stop and walk for a bit for the second consecutive Sunday as once again, I had a bit of a low blood sugar. After drinking a tea, I was feeling refreshed and my sugar raised. The problem was that in the area I was in, there are hardly any trash cans, so I ended up running about a mile with a can in my hand until I arrived at my office building...a location that I knew had a trash receptacle...and deposited the can in the can.

I passed almost zero in the way of good photo ops, so what I ended up posting is this pretty grassy scene from the prettiest section of my run. I took this picture as a precaution in case I didn't see anything good. Since I posted it, obviously I saw nothing else. Oh well, all told, it was a nice, if somewhat non-scenic run. 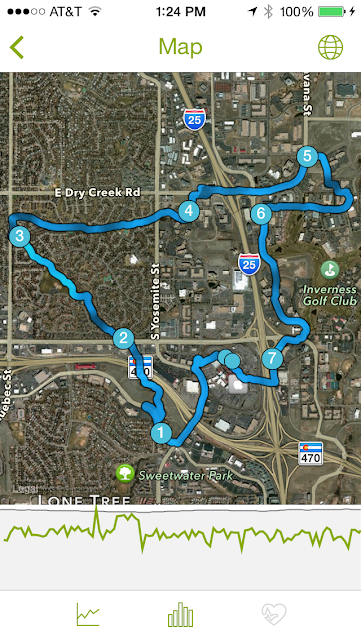