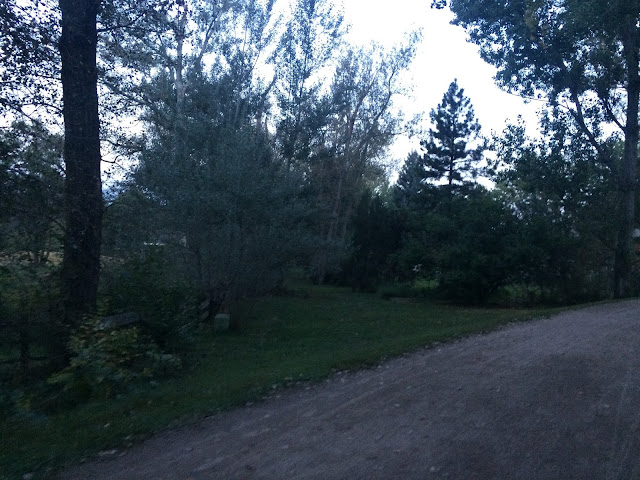 Although it is hard to see in the photo, there is a coyote in this picture. You need to believe me on this, because it really is there. I was taking a break from running because my legs were hurting, and a coyote came extremely close. I was probably within ten yards of it, which was exciting, but by the time I pulled my phone out of my pocket to take a picture, it had started walking away from me. This is the best picture of the three I took, which lets you know that I didn't get a good picture, but it was still an exciting moment for me.

The coyote briefly stopped and looked at me, and looked right back. It felt like I was saying, "Hey, Coyote!" although in actuality, I said nothing...but I did feel friendly towards it. At no point did fear or nervousness enter my mind, but mostly just excitement. My biggest regret was not getting a good shot of it. No matter, it was a cool interaction for me.

As for my legs, they started to feel better about four miles into my run. I decided to take a break and skip out on Thursday's run in the hopes that giving them a few days rest will help me feel recuperated, as several of my runs lately have been hampered by soreness. 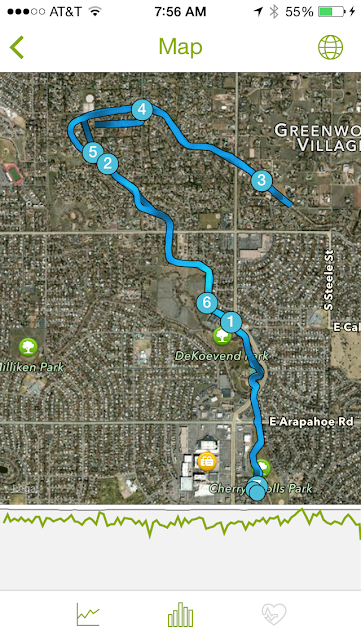