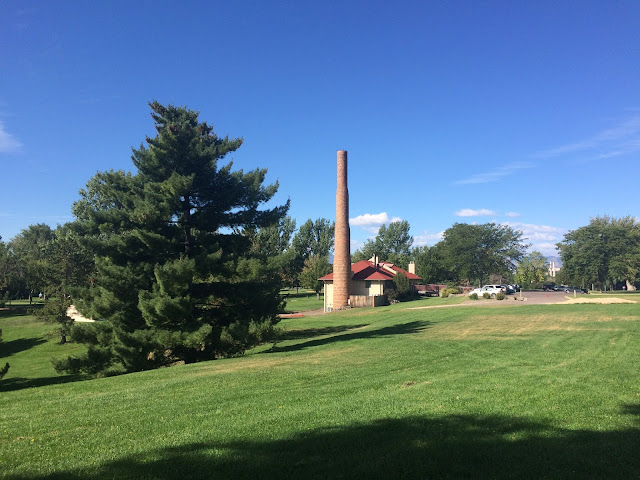 Once again, I found an interesting area not far from Wash Park. Apparently, there is an unending supply of interesting places nearby that area. On this run I discovered Harvard Gulch Park which is home to a par 3 golf course with 9 holes, but more importantly a giant oddly shaped brick chimney. The chimney is unlike anything I have ever seen, and it's hard to get a sense in a picture for just how enormous it feels in person. Although it may not come through in the picture, I am confident in saying it is a eleven billion feet tall. It can be seen from space, which I am reporting exclusively, so know that you heard it here first. 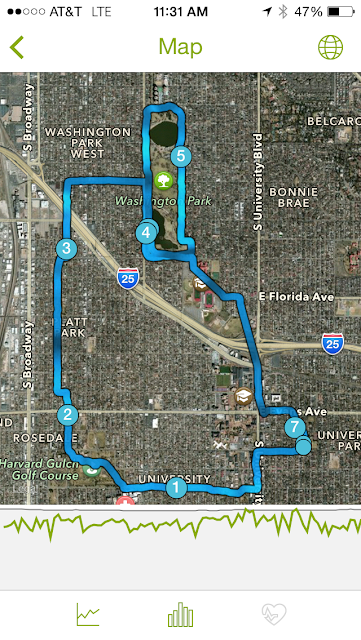