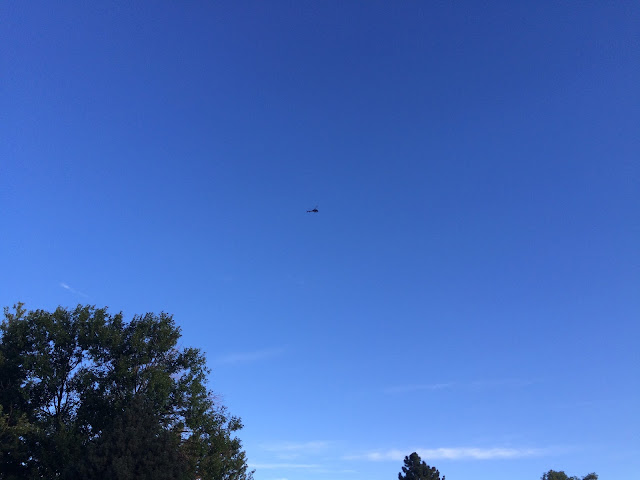 September 4, 2015
5.22 Miles in 50:49
Mood: Feeling like I was being hunted from helicopters
Soundtrack: Ben Rector "Brand New" / Peter Mulvey "Letters from a Flying Machine"

As I mentioned in my last post, there has been a bear on the loose in Centennial. Turns out the search had intensified Friday morning, and during my entire run there were helicopters circling the area everywhere you looked. It actually felt like a manhunt was on, as every few minutes a new helicopter was above me. I'm not sure how many helicopters were engaged in the search, but it felt like 20. I was sure that it was for the bear, but it seemed like every helicopter hovered just above me for a bit looking around, and I imagined that this would be what it would feel like to be an escaped convict on the lam. 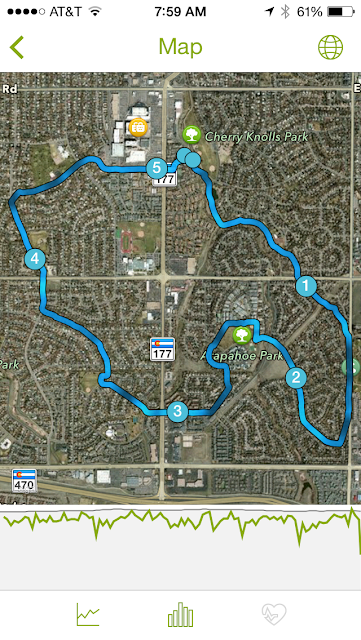