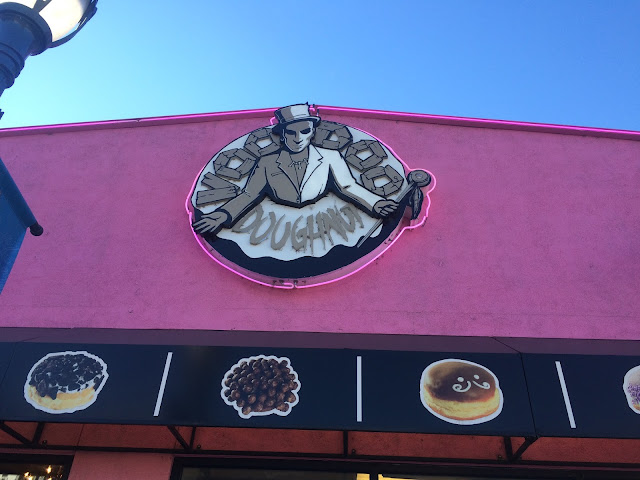 Sometimes, you want doughnuts. I was planning to run in Wash Park, but I had a little bit of cash in my pocket, and I knew deep in my heart from the very first step on this run exactly where I was headed. Voo Doo Doughnuts was on the agenda.

After a glorious trek four miles north, I waited in line for about 15 minutes to purchase five doughnuts. The guy at the counter tried to give them to me in a box, but the thought of running all the way back to Wash Park while holding a doughnut box was too ridiculous even for me. I asked if it would be possible to get them in a bag, and he looked at me incredulously, as if it were physically impossible to get five doughnuts into a bag. I talked him into it when I let him know that I was planning on eating one of them immediately. Apparently four doughnuts in a bag is easy, but stuffing five in there breaks all known laws of physics.

The run back south was also quite pleasant, although slightly more difficult as I was trying to find a decent way to carry a bag of doughnuts whilst running without having the bag rupture and spill my treasures all over the streets of Denver. I tried several different grips and holds with varying degrees of comfort. The most comfortable way was to just grip the bag by it's top. I did this for the first two miles, but I slowly realized that the bag was beginning to rip, making this easiest method also the most dangerous. I briefly tried to run with the doughnut bag like a football, but after about half a block, I had the thought that my sweaty arm might bleed through the bag and give the doughnuts a most unwanted salty flavor. I finally settled on gripping it with my whole hand from the bottom and kept shifting hands. This was not terribly comfortable, but I figured it gave me the best chance of reaching my car without losing the doughnuts or rendering them inedible.

By the time I got home, the bag was quite a bit worse for wear, but the doughnuts had survived and were delicious. Most importantly, I didn't have to run several miles while holding a doughnut box, because that is always a silly look. 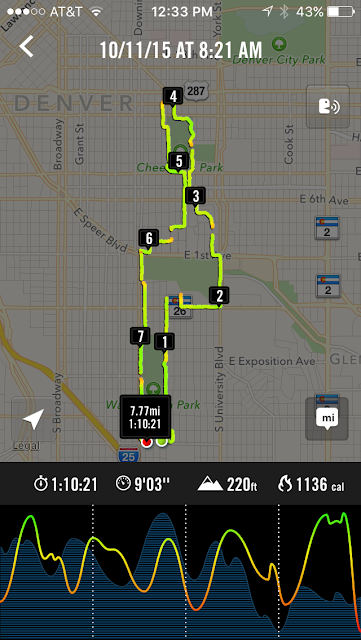