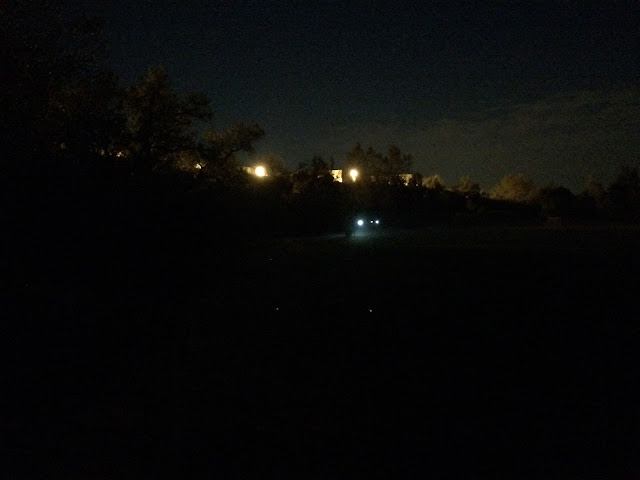 Today's picture comes from about two minutes into my run this morning. Four runners, three with headlights were approaching on the trail. These headlights were amazingly bright. I've seen other runners with this style of personal illumination out on the trails during early morning hours. Every time I've ever seen it, it always strikes me as looking somewhat akin to above ground coal miners. We live in a city with so much ambient light, that I find it odd that some folks feel this particular accoutrement to be necessary. I have always felt that they look more than just a little silly.

These particular lamps were excessively bright. The photo doesn't do justice to just how intensely luminous these lights were. It's important to note that this photo was taken from probably 150 yards away. The effect this early in the morning was spooky and ghost like, and I was a little creeped out when I first saw them, then I pulled out my camera to get this picture, then I was blinded when they ran past. My eyes literally adjusted to their headlamps to the point that it took about ten seconds to be able to see clearly enough to continue running after they passed by. 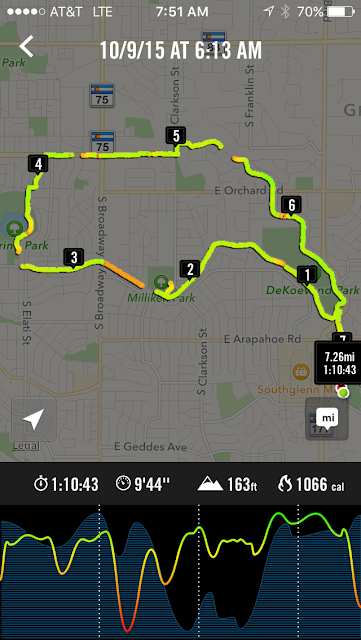