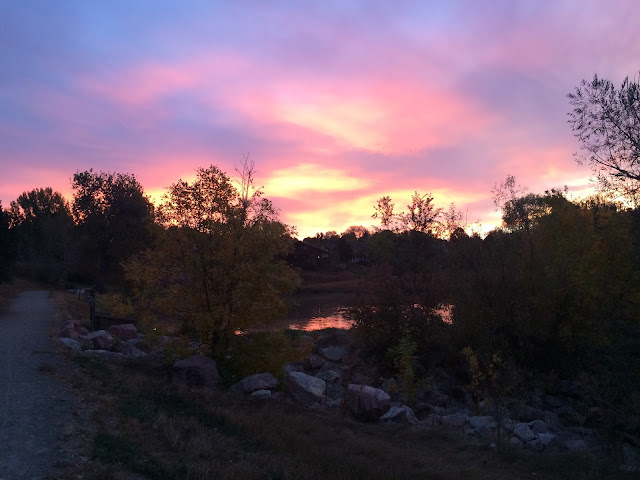 2015 is the year of morning running. Since I have turned into a crazy person who regularly wakes up at 5:30 AM to go running, I have finally come around on switching back and forth to Daylight Savings time. For my entire life, I have always hated it, as it meant that once we "fell back" that the sun would go down much too early. However, as we go through this final week ahead of the time change, I find myself running in the dark for nearly an hour before the sun finally comes up. This is bogus, and I realized recently how much I'm looking forward to switching back to standard time.

If we didn't switch, by the time February rolls around, I would be spending the entirely of my run in the dark. This is unacceptable. I need at least a little light to peak through before I get home. I don't want to turn into the goof wearing a headlamp as I run. So I officially throw all my support behind the time change. It's a good thing for me, and a good thing for America! It just took me nearly 40 years to realize it.

Today's photo is of the sun rising over Ashbaugh Park Pond. I just discovered this park and the trail that is attached to it today for the very first time. It's on the outer western edge of my running territory, but still I'm amazed that I never had found it prior to today. It's a lovely spot, and I reached it at just the right moment, as the sun was rising and the world was pink, which gave me a wonderful first impression of the place. I will return here again in the future, that is certain. 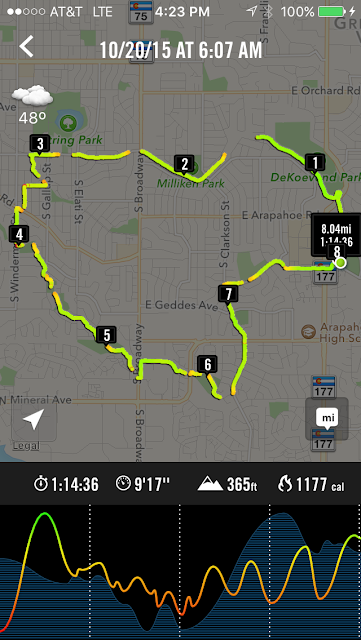