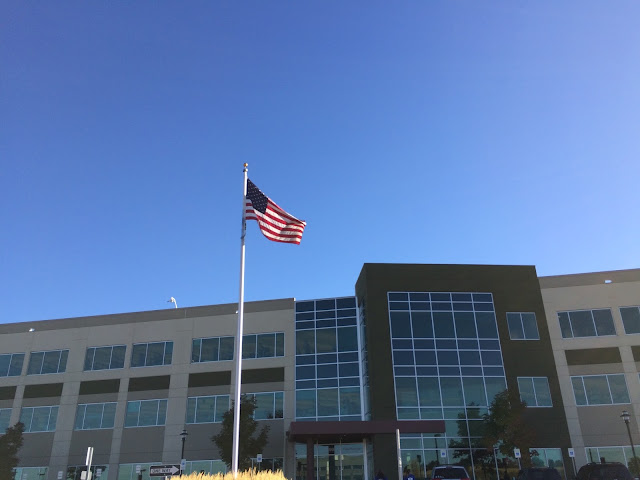 This run was my fourth officially organized running event. It was put on by the company I work for. It was only open to fellow employees, and had a grand total of ten competitive runners, but I'm still going to count it as an organized event because there was a (small) entrance fee, an official starting point, and official times. It was a 5K Fun Run/Walk. I joined the competitive run, because of course I did.

As for my run experience, I began the race pushing way too hard, as is my custom during races. It was a hot afternoon for October with temps in the 80's, and the sun was beating down. After a blazing fast (for me) first loop I was in second place, but I knew I was in trouble because I had gone begun at a pace that I knew I couldn't maintain. Sure enough, early on in the second lap I was pretty well gassed. The combination of heat, fighting a chest cold I've had all week, and running the first mile of the race in 7:30 conspired to kick my butt. I had to stop two separate times and walk for about thirty seconds to recover. All in all, I only dropped from 2nd place to 5th place, so I still can claim being a Top 5 finisher in a race...so long as I mumble about the size of the race. 5th place overall sounds pretty awesome, like I'm a professional or something. 5th out of 10 is the definition of middle of the pack.

All in all, I finished in under 26 minutes. My official race time was 25:59, which I am unsure about as I didn't start my Nike+ running app until I had been running for about 30 seconds, and also didn't hit stop immediate after crossing the finish line, but it feels about right. I think I could have done even better if it weren't quite so hot and I was healthy, but I am not going to complain about that time, as I was hoping to just break 27 minutes, and I beat that by over a minute.

The photo was an afterthought that I took of the front of my office building after the race was over. I thought it came out looking much better than I was anticipating it would, as I took it quickly and with little thought as I was taking it for no other reason than so I would have a photo to accompany this post.

By the time I got home my exertion was causing my chest cold to really act up, as it was like my body was rebelling against going so hard in the heat while slightly sick. We had a parent-teacher conference with my kids teachers, and I was coughing like a man in hospice at times, which was a little embarrassing.  I was pretty wiped out, which was funny to me since I only ran three miles, but it was how hard I ran those three miles that got to me. 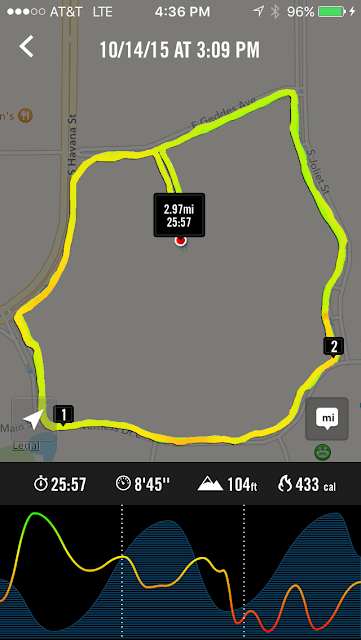