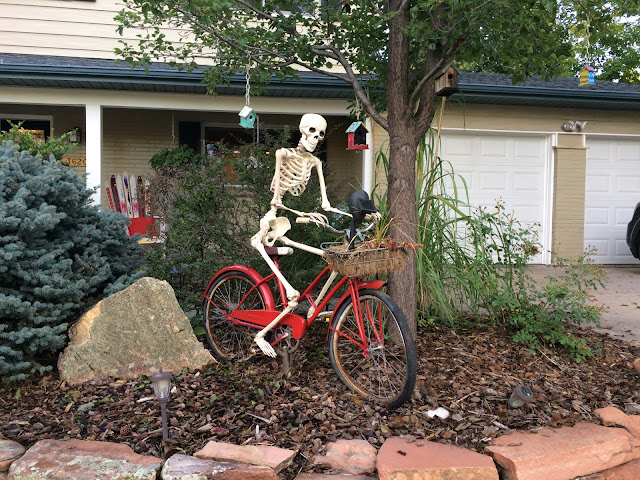 The world felt abandoned at 6:15 this morning. It was 45 minutes before the sun was going to come up as I started out, and I had run almost a mile without seeing a single solitary soul. I found myself in DeKoevend Park severely in need of a bathroom, so I stopped at a Port-O-Potty that I will sometimes utilize  on runs and tried to walk in. The door was stuck, which felt weird, so I tried to open it with a little more force when I received a muffled grunt that while not exactly words, conveyed the message that "I'm in here, and none too pleased with your attempts at entry."

My brain took a second to compute this, as I have never seen anyone else use this particular portable toilet at any time on my myriad runs through the park. It was doubly weird since I had not seen a single person for the duration the first mile, but suddenly I was in line to pee? Inconceivable.

I ended up running just a tiny bit further around the bend where there is a proper permanent structure restroom a little deeper into the park, because I didn't want to come face to face with the man who had made that irritated grunt if I didn't have to. Then it also occurred to me that it could have been a homeless person trying to stay warm, although that is a need to stay warm that betrays any sense of olfactory decency.

Moral of the story is that I peed, and then went on to a much better run. (My first mile was significantly my slowest, which is a rather unusual occurrence.)

Today's photo came near the tail end of the run, and I had actually oriented my entire route so that I would hit this particular spot late in the run so I could have the best possible light to get a picture of this skeleton on a Scwhinn. I couldn't have been happier with the result. There is a certain joy in the body language of this skeleton, in my opinion. He seems really happy to be on a bike. Maybe I'm reading into that, but it's how I interpret it. Halloween is a weird time. 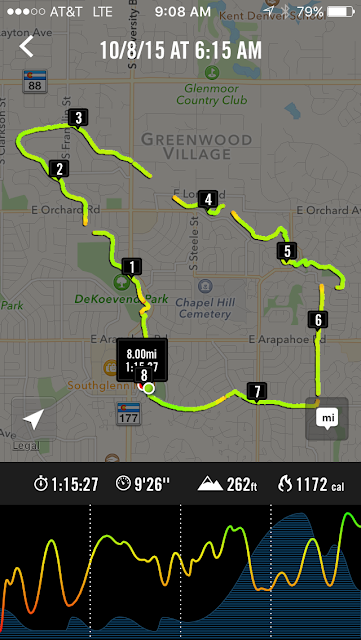