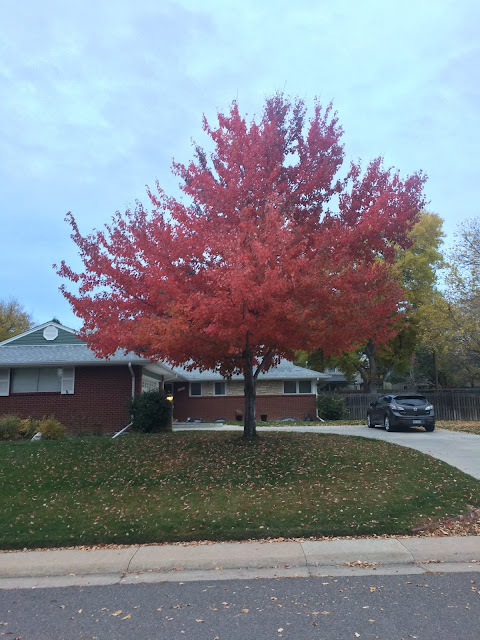 Happy second birthday to this blog! In honor of the occasion, I decided to take a route that would lead me past the same tree that was featured on the very first post. I found it interesting that although both photos were taken on October 30th, that the ravages of autumn were much more severe at that point in 2013 than they are thus far in 2015. There are hardly any leaves on the ground at all in comparison right now. I blame global warming, or something.

As for this run, it was somewhat of a disaster. I was a little slow and sluggish yesterday, and it was even more pronounced on this run. As you can tell by the large gaps in the map where I stopped to walk, I had hardly any energy and just couldn't get into much of a groove the whole run. I eventually cut it a little short and figured since I am over 120 miles for October, it was probably okay to let up a bit. Hopefully, I rest enough to marshall my strength for Sunday, as my brother is going to be in town, and the plan is for the two of us to go running on Sunday morning. 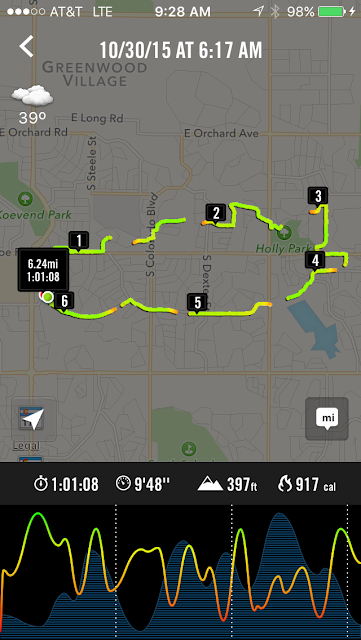