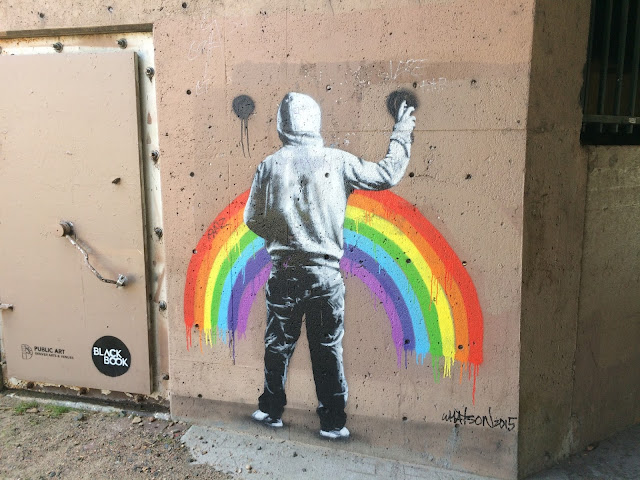 This run was the longest I have ever achieved in a single outing, yet somehow I was able to maintain an average pace of 8:52 per mile for the entire trek. Those numbers make this run probably one of the top 10 accomplishments of my life. Okay, that's probably a bit overstated, but seeing as how I hardly ever break averaging nine minutes per mile even in a normal seven mile run, to do so for a full 12 miles was kind of miraculous for me. Yes, I felt a massive sense of accomplishment once it was over. I was pretty proud of myself for going so fast (by my standards) for so long.

I started out on this run thinking I'd go a decently far, but I had no intention of exceeding 12 miles. However, between a detour on the Platte River Trail which sent me about a mile out of my way (off the beautiful trail that follows the river and diverted me through a rather ugly industrial neighborhood) and also a train that literally stopped on the tracks about 200 yards before it cleared a railroad crossing, forces conspired against a shorter run and sent me out on an unintentional route that was just a mile shy of a full half-marathon.

The river trail being detoured was only mildly annoying, but the train made me slightly furious. I arrived at the railroad crossing, and the trail was moving. There was a guy on a bicycle who was also waiting, and he told me that he'd been there for about 15 minutes. I checked the time my phone and stood there waiting for eight more minutes until the trail screeched to a halt still barricading the street I needed to use. I could see the end of the train, and watched as the bicyclist and a homeless man who walked up a few minutes later both walked onto the railroad property to circle the train. However, I've heard horror stories of giant fines being given to people who disrespect the railroad and cross in areas they are not supposed to walk through. There was a sign stating no trespassing, so I avoided going that way despite the peer pressure. Even as I was preparing to walk away, I saw an official looking truck head in their direction to try and head them off and perhaps slap them with a five thousand dollar fee. I'm not sure what happened to them, but I felt justified in my avoiding trying to circle the train.

My avoidance of the enormous railroad trespassing fee probably tacked on three extra miles to my run, but I still feel like it was worth it, as I avoided a ticket and actually found myself enjoying this extended running outing. I circled my way north to Confluence Park and found myself jogging southeast on the north most part of the Cherry Creek Trail that runs along Speer Boulevard. That is an awesome running trail, and I saw a huge host of runners, walker, and bikers enjoying it on this bright and glorious Sunday morning.

This is also where today's photo came from, as there is public art lining the walls of the trail. This particular piece looks like a Banksy ripoff to me, but I really liked it anyway. The rainbow behind the black and white hoodie guy was pretty sweet. I also saw a group of public art hummingbirds on another section of the wall which was pretty cool. I was mostly exhausted by the time I reached Wash Park, but I pushed through to the south end of the park on fumes and headed home feeling tired but accomplished. 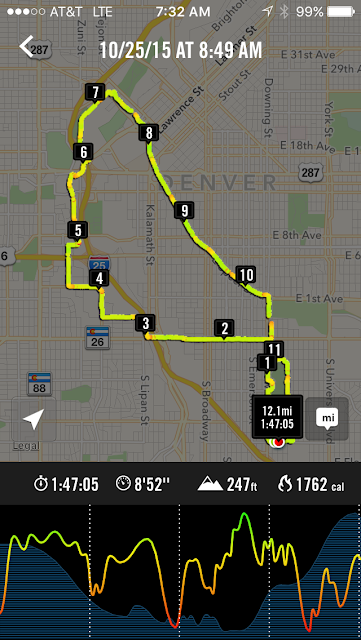