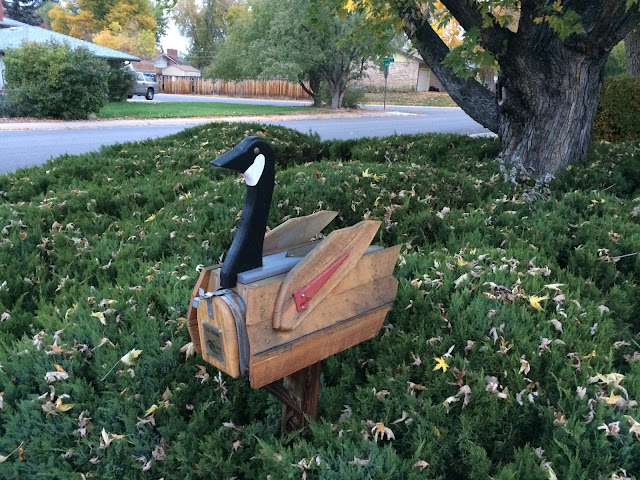 I took a picture of this amazing goose mailbox and then started back down the street. After I was about 50 yards down the street, the homeowner came down his drive and yelled after me. I had my headphones in and was a sizable distance away, so I pulled them out and asked if he could repeat himself, as I hadn't heard him. He said in a slightly irritated voice, "May I help you?!?"

I told him that I was fine, I was just taking a picture of his epic mailbox, and that I really admired it. (Not a lie, that mailbox is amazing.) He then went from sounding annoying to quite proud. He told me that he had built it himself. I said that it was very cool, and I was impressed. He then told me that he had the plans and offered to give them to me. I thanked him for the offer, but that I wouldn't be able to install my own goose mailbox at my in townhouse community, and wished him a nice day.

The fact that I turned him around from irritated to offering me schematics in about twenty seconds made me feel pretty good about my skills at winning friends and influencing people. Perhaps I should write a book. 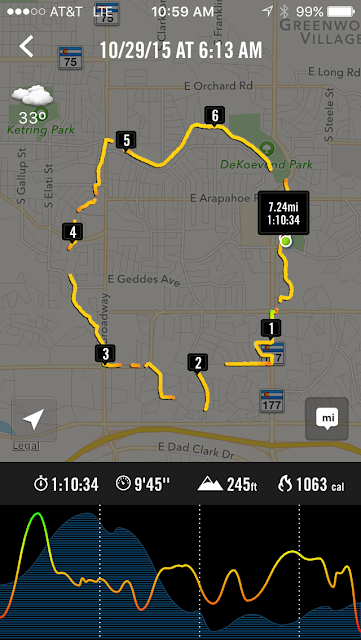