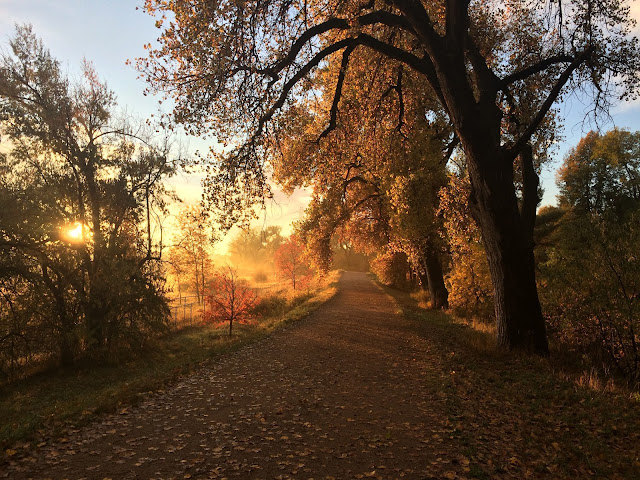 After two straight days of rain which caused me to miss my Thursday run and kept me indoors for the most part, I was more than ready to get out into the world and run. I was genuinely excited to start this morning. About two and a half miles in, the Friends and Family EP to which I had been listening ended, and I stopped briefly to find something new to play on the earbuds. While I was standing on the trail, an owl started hooting madly in a nearby tree. It was such an unexpected sound, that it caught me by surprise at first. This shouldn't have been surprising as it was 6:30 in the morning, so the sun wasn't even close to rising yet, and the trail was very dark. Still, it startled me, but in a most enjoyable way. I even took out my camera and took a video. The picture is entirely black, but you can totally hear an owl hoot. It literally and figuratively was a hoot.

The rest of the run was pleasant, but non-eventful (It was pretty close to my Tuesday run except run in the reverse skating direction) until I turned a corner about a mile from home and was confronted with the scene you see above. It was just about as perfect as it could be, and I was amazed at how photogenic the world was being at that exact moment. The only problem was that there was a woman slowly jogging towards me in the distance. So I stopped in my tracks and waited for her to go on by and then took this picture. The picture turned out amazingly well, but it was even that much more beautiful in real life. It made my run to get such a cool visual in my head. There was absolutely no question what photo I'd be using for today's post. 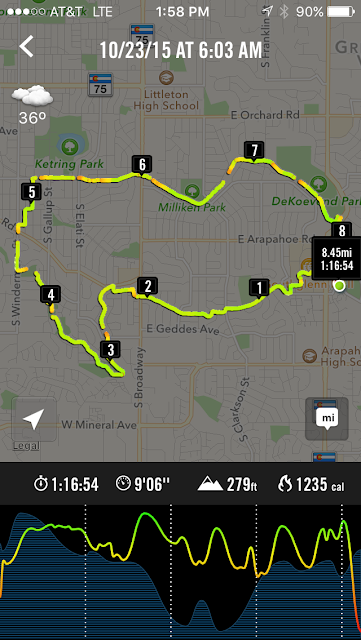