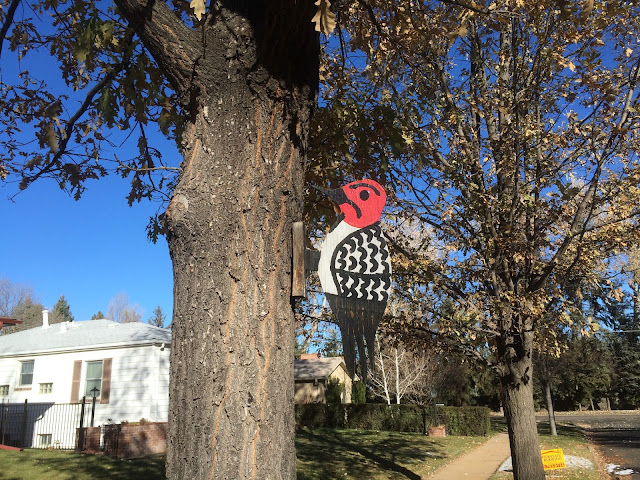 Sunshine on a glorious morning. I was racing the clock, as I was trying to get home in time to be able to see the start of the Broncos game. Thankfully, they don't play early games all that often, but on this occasion, the game in Chicago meant I needed to hurry.

Even though I was somewhat in a hurry, it was a great morning, and I went a bit further than I intended to go...as is often my habit. The most irritating moment of the run was when I found myself having accidentally run into a gated community, but then I was blocked from leaving by a large fence. I didn't feel like turning around and coming back from where I had started, so I shimmied and escaped under a gate designed to keep people out. Gated communities are dumb.

Today's photo comes from early on in the run, as I saw someone had attached a fake woodpecker to a tree. There is something wonderful about a woodpecker made of wood. Oh, I also made it back in time to see kickoff...the Brock Osweiler era began with a 17-15 win. 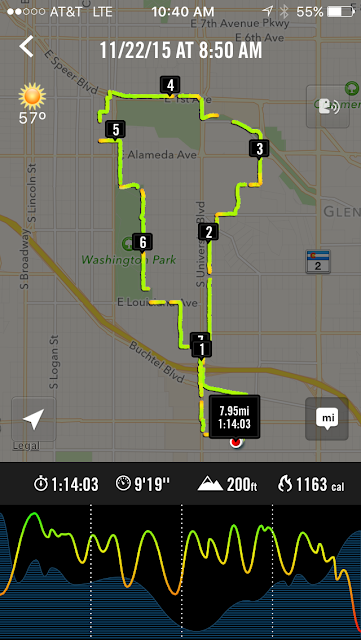