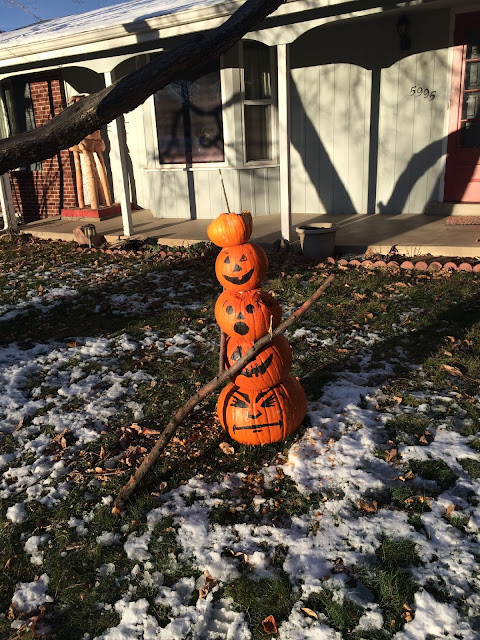 Nevermind how ridiculous it is that so many people still have their Halloween decorations on display, this totem poll of jack-o-lanterns looks like it's holding a bow staff and that is amazing. Prior to reaching this house, this run was nearly a complete waste, but this one thing alone totally saved it.

It was so cold this morning, and my legs were so dead, and there is still a lot of snow on the ground, and I decided to try running on a trail. This was a bad combination of things. Because my legs were overtired, I was stopping to walk too much. However, due to the temps, I couldn't walk for too long or I would get cold. Then I tried the Highline canal, but since we got snow two days ago, it has melted and refrozen leaving huge chunks of the trail covered in rock hard snow remnants which make the ground lumpy and hard to run without twisting an ankle on the uneven surface. So I was grumpy and cold and tired and having none of it.

Then the bow staff pumpkin pile made it all better. I finished up moderately strong on dry streets, and was far less grumpy when I arrived home. It was still a slow cold run, but I eventually made the best of it after feeling sorry for myself for the first three miles. 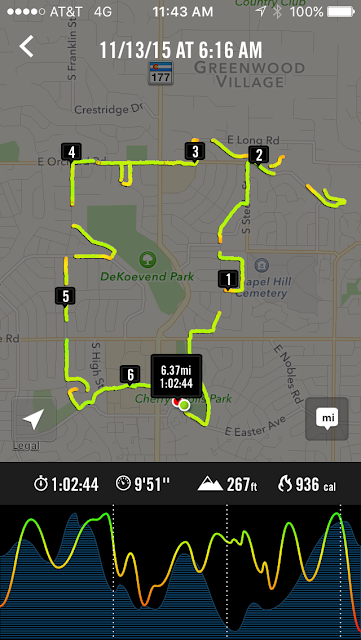