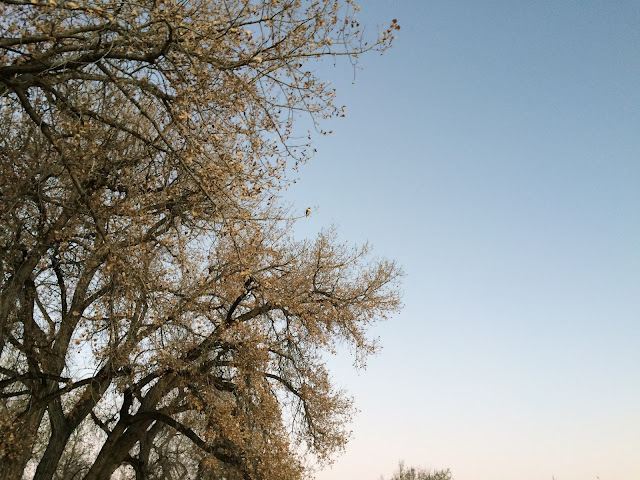 There is a lone hawk in that tree. I saw him about ten minutes into my run, and I thought about him for awhile that day. He seemed alone but not lonely. I don't know that animals get lonely, but there was something majestic about seeing him that morning. He was just still, it didn't appear that he was even looking for prey, he was just chilling out enjoying the morning just like I was. He was happy to be by himself. He didn't want to go anywhere or do anything, but just sit in the tree and enjoy the morning sun. I'm reading a lot into this bird, but I admired him. You rock on, hawk. Do your hawk thing!

It was an amazing morning, it was warm and bright and the world was just waking up and enjoying the day. It would snow later on, and the cold front was coming, but for this short morning period, all was right with the world. 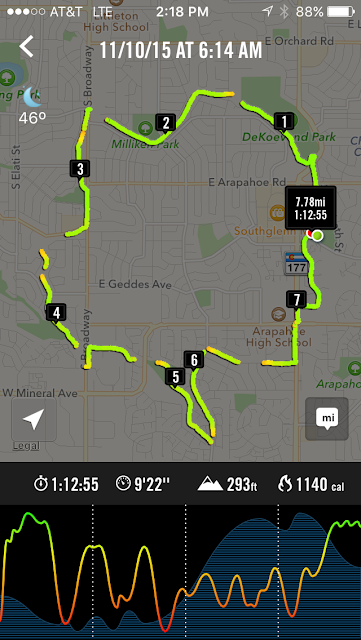