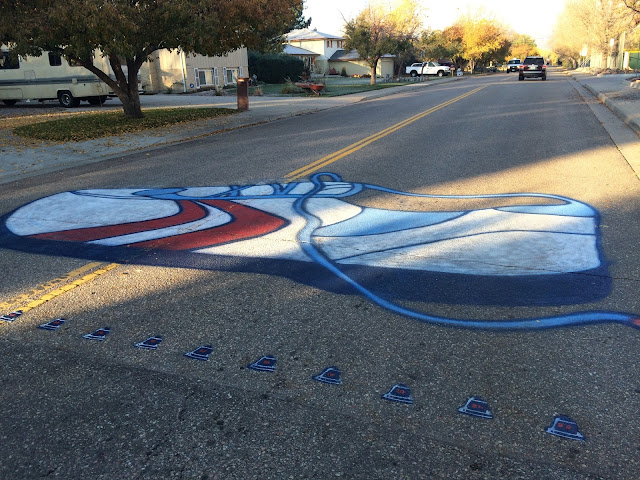 It was 27 degrees outside when I left this morning. I gave serious thought to skipping out on this run, but I didn't have a good reason other than it being cold. Even though I struggled through it, I still felt pretty good when I was done. A bad day of running still beats a good day of not running.

In addition to being quite cold, my earbuds died less than a mile in. They were only working on the right ear, so I bailed on the Arctic Monkeys album I had just started, and switched over to podcasts, because listening to people talking in only one ear is much easier and more pleasant than trying to listen to stereo music in only one ear.

Today's photo was taken right in front of Heritage High School. For some reason they had a large chalk art drawing of a single unlaced athletic shoe in the road right in front of their school. No idea what was going on there. 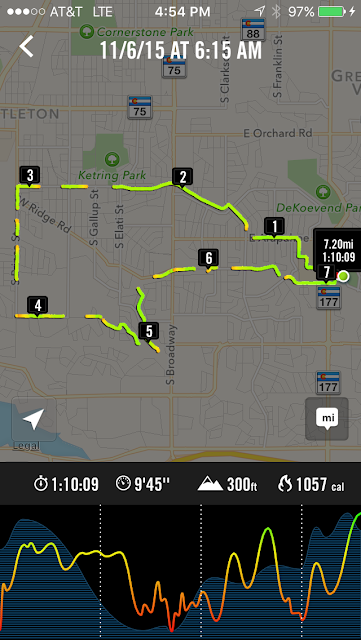