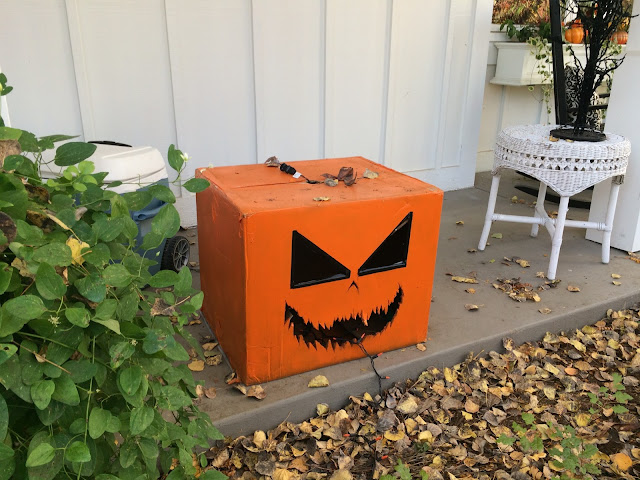 The forecast is calling for freezing rain, and possibly snow in the very near future. However, the forecast for Wednesday morning was bright and sunny, so I decided to do a back to back on Tuesday/Wednesday and take my rest day on Thursday and hopefully miss the worst of the cold front. It was a glorious fifty degree morning as I set out, and the conditions were perfect for a nice run. As I looked around, I was a little bummed to see that the leaves which were in the height of fall color splendor just a week or two ago are now mostly brown and just waiting for harsh weather to blow them to the ground. The absolute best part of the year has now officially ended, and as November is about to ramp up into cold and nastiness, I find myself a little melancholy that my favorite two month stretch of the year (September and October) is now over.

Still, although this run felt like the end of my favorite stretch, It was so nice that I took my time to breathe in the fact that it wasn't quite over. This was a great morning to be cherished. Sadly, my legs were a bit run down, so I did a bit more walking that I usually allow myself. While that makes my map look less impressive and perhaps makes my run a little less useful for physical fitness, it did allow me to drink in the morning, so I regret nothing.

Today's photo was of a bit of Halloween decor that somehow hasn't been hidden away in an attic yet. I saw this orange jack-o-lantern box a week and a half ago, and made sure to run by on the off chance that it was still there. I was quite happy to still see it, as something about a cubical pumpkin appeals to me...especially if it has symmetrical triangle eyes. It will disappear soon, as will fall, but at least it's appearance in my world is now documented for the blog. Fall rules! 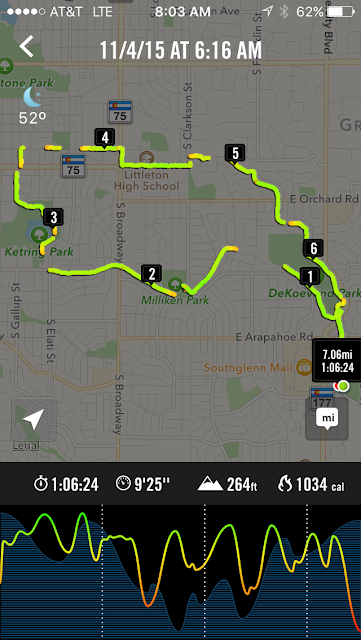