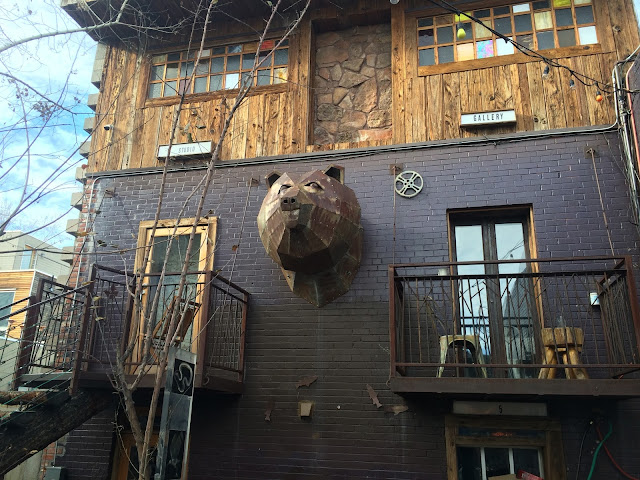 I think Sunday runs are my favorite runs. I have a little more time, and it's the only run of a normal week where I can get a little further away from my home and explore territory that is slightly less familiar. This run began at Cheesman park and took me through the Highlands neighborhood and also through the heart of downtown. My favorite part of the run was exploring some of the hipster neighborhoods where odd little shops and restaurants gave some offbeat character to the environs. Today's photo comes from one such restaurant, a nature themed bar and restaurant called "Forest Room 5" which is unquestionably hipster. The art direction of the restaurant borders on silly, although I have a feeling that the proprietors take themselves VERY seriously. The photo was taken from the restaurant's outdoor seating area, and it featured a tee-pee, a camper, x-ray photos of wildlife, what appeared to be a functioning stream that could be turned on and off, and of course, this excellent bear head. I very much want to come back and see what their hipster food tastes like, as although hipsters tend to take themselves and their art a little too seriously, they usually have pretty tasty food.

It was good to get out and run on roads that were not buried in snow for the first time in a week, and I found a few new amazing buildings that I have never noticed before. My speeds for the first two or three miles were decent, but I ended up continuing the disturbing recent trend of running a bit slower that I'd prefer. I'm blaming it on icy roads until all the ice melts and I have to find a different excuse. 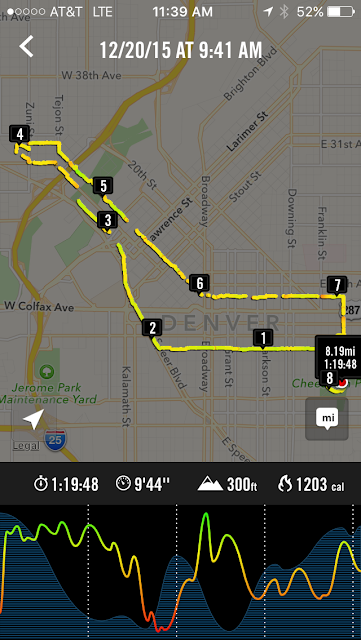