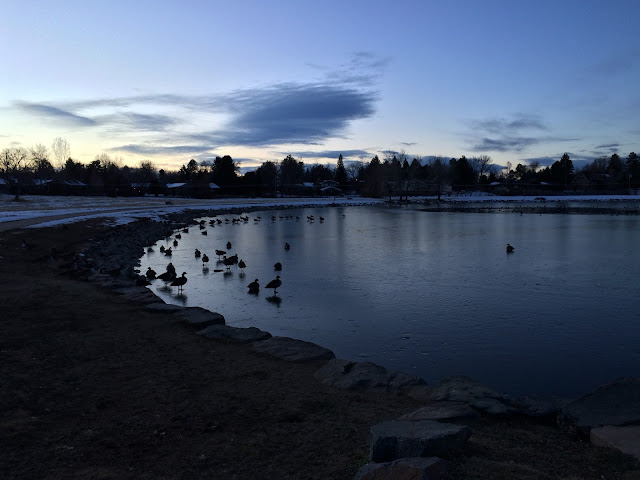 This run started out about as roughly as a run could possibly begin. I had to stop at about a half mile in and walk for a good chunk because I was struggling, and it didn't really start to feel better until about four miles in. During that first dejected walk, I was meandering slowly down the street trying to catch my breath and gather myself for the seven and a half miles ahead. I must have looked quite the sympathetic figure, as a woman that I would guess to be in her late fifties or early sixties stopped and generously asked me, "Do you need a ride?"

I've never been asked that before while out on a run, and it made me laugh. I thanked her for her kindness, but assured her that I was out before dawn on this chilly morning entirely because I wanted to be using my two feet, and that her assistance, while appreciated, was not needed. She looked dubious at my refusal, but drove on. I began trying to push through the lethargy, but it definitely took awhile. I didn't feel like myself until halfway through, and even then, it was the slow version of myself.

This is one of the shortest days of the year, and since the sun didn't rise until 7:15, I spent a great chunk of this run in the dark avoiding icy spots. The darkness prevented me from getting good pictures of a few cool yard decorations that I passed, so the only acceptable picture for today's run came from Ketring Lake, where the geese were standing and sitting around on the frozen surface a few minutes prior to the sun coming up. The photo came out okay, but in person it looked really beautiful. It's moments like these that get me out and running early in the morning, because there are briefs visions of pure loveliness that happen regularly when I least expect them and they really give soul to this strange hobby of getting up far too early on a workday and huffing and puffing around Littleton. 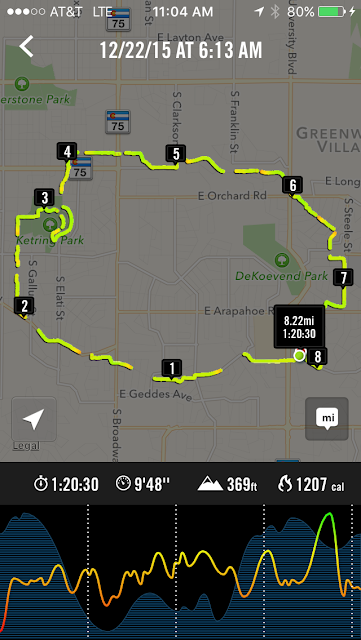