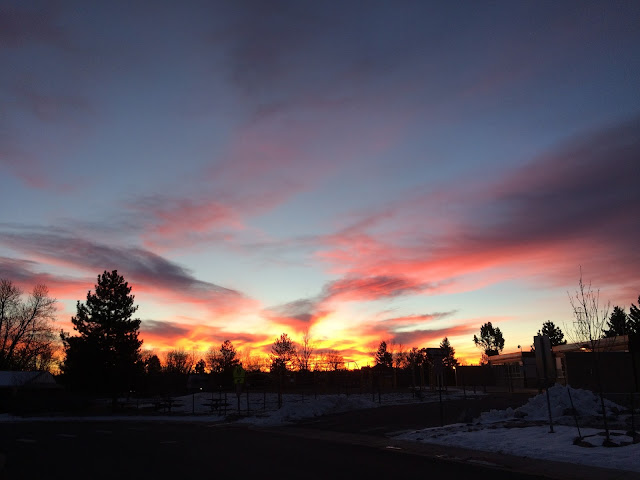 I have been fighting a sickness all week, and when I woke up this morning I was not feeling anywhere near my strongest. Sore throat, body stiffness, and maybe a tiny fever were all presenting themselves, but the weather was decent for December (34 degrees and sunny when I set out) and I have multiple doctor's appointments next week which means that I won't be able to run in the morning next work week until Thursday at the earliest. I weighed my feeling under the weather against my desire to get to 100 miles in December 2015 (and therefore achieve two straight years of 100 miles per month), and the desire to reach my running goal beat out what was probably the common sense decision.

I headed out for a run.

To be fair, I was amazingly close to staying home, but the pull of achieving a goal has wondrous powers of motivation. Thanks to my cold, I didn't have my legs or my lungs. Every step was a slow motion slog, and if you look at the map, you can see there were large chunks where I just walked. On a normal day, these would be embarrassing run results, but since I was feeling like hot garbage, I wear these five miles as a badge of honor. I just hope I feel healthier soon, this sickness nonsense if for the birds. Although, I must say that I did feel a tiny bit better after I was finished...perhaps slightly light headed, but also definitely better.

Best part of this morning's run was yet another glorious Colorado sunrise, as pictured. That alone made it worth getting up for a slow sickly run. 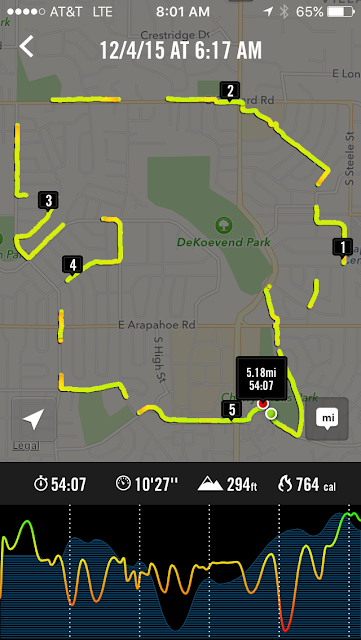