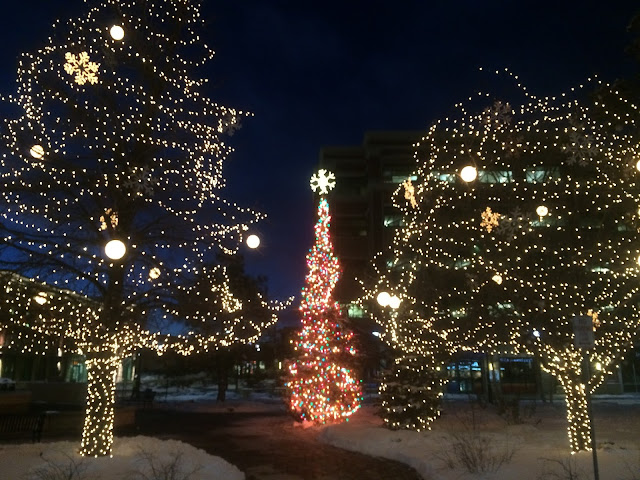 Thank goodness for Capitalism! Without it, I might not have been able to run this morning. We saw nearly a foot of snow fall in Denver on Tuesday the 15th, and the streets are all buried. I was debating if it was even worth going out into the 12 degree temperatures and slop through all the snow piles to try and get some miles. However, as we are now over halfway through December, and I am currently behind track to get to my 100 mile goal for the month, I decided that I must brave the elements and put a few more miles on my running shoes.

Then I remembered that I live across the street from an outdoor shopping mall. This is a great thing, as it means that to ensure that their customers can safely reach their stores during this, the busiest shopping season of the year, they must go above and beyond with snow removal. Therefore, while the rest of the city was buried this morning in deep drifts of that horrible white plague (I don't much like snow, if that was unclear), the Streets of Southglenn were clean and practically dry comparatively. Technically, there was still a decent amount of snow and ice, but comparatively, it was paradise. It isn't a large territory to traverse, but if you circle it enough times, eventually you get your miles in.

The streets were already fairly well cleared when I arrived, but there was still a small army of people working shovels and salt bags trying to make it even more inviting and non-slippery to the consumer. I got several odd looks from these people as I completed loop after loop on the few streets that were cleared and manageable. They probably thought I was loopy being their on my own accord when they looked cold and sort of miserable making their living in hostile weather conditions...and they were probably right, as my loopiness is clearly higher than average.

Still, after I was done, I had logged eight more miles, and I was feeling much better about life in general. The weather has been making it difficult to get out and run, and I'm genuinely worried about my 23 month streak not reaching a milestone 24 months. I really want to hit that two year mark, and I have 49 miles left to go as December winds down. Doable, but the margin for error is getting slim. 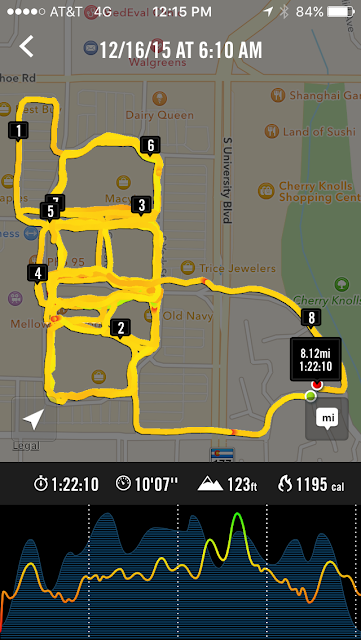