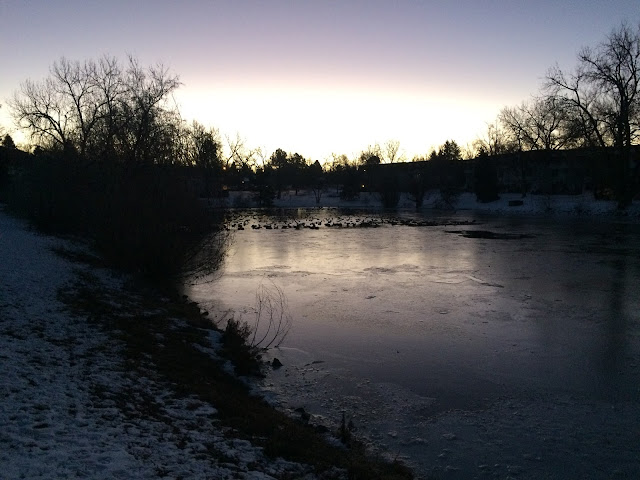 Between sickness and snow, the past week and a half has been making it very difficult to get out for a run. I was finally feeling decent this morning and the temps were high enough to get out. (It was 26 degrees when I left the house, so calling them "high" temps may be overstating it. High enough, though.)

Many of the roads I traversed this morning were still covered in ice, which meant there were many stretches where I either had to go much slower than normal or just pause my running app and walk for a bit. Thus my speeds are pretty low (10 minutes per mile, egad.) but I was glad to be out for the first time since Saturday, so I'll take it.

The oddest moment was five minutes into my run, as I saw a group of about 9 runners heading in my direction on the street. They were running abreast, and it honestly reminded me of when a motorcycle gang in a movie shows their power by dominating the entire road. I'm not entirely sure what was going on, but my guess is that it was a cross-country team and a few of their coaches, because it seemed like most of them were younger boys with a couple of middle aged men. I'm not sure if they were only using this one section of the road, but after I passed them, about a minute later several of them flew by me in a sprint heading in the same direction as I was. Then, another minute later they had all stopped on the road, and I passed them by yet again. It was weird. Especially since at 6 in the morning lately I rarely see anyone, to see a whole phalanx of runners that early was most unusual.

Today's photo comes from a lake (or possibly it should be classified as a pond) that I discovered for the first time today. It is in the middle of an apartment complex that I have passed by on multiple occasions, but of which I had never had run right through the middle. I discovered that there is a cute little pond with tons of ducks just chilling out on the ice right there, and it looked pretty cool a few minutes before sunrise. 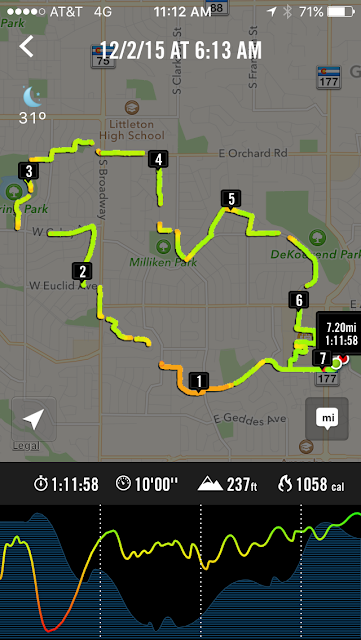