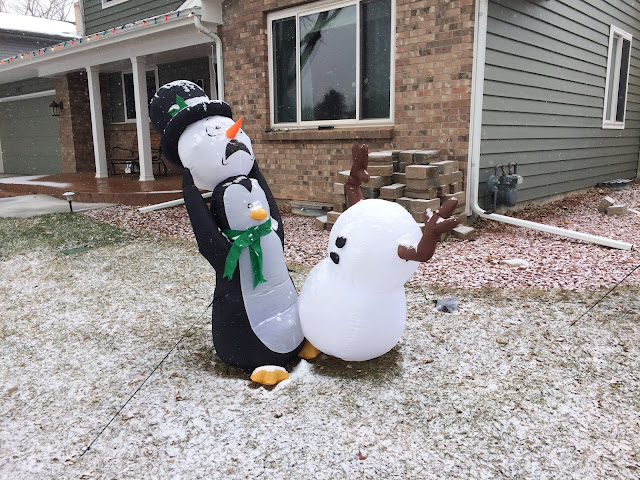 I was in a good mood with the afterglow of a lovely Christmas morning still alight in my heart. I decided to head West for my run, since I had just hit up downtown Denver the day before. I started driving West without a final goal in mind as to where to begin from, and ended up at Clement Park. The snow started falling almost immediately after I began, and at times it was fairly heavy.

The lack of sun, falling precipitation, and freezing temps combined to chill me to the bone. This was one of the colder runs I have taken in some time. Plus I was really tired and with so much snow and slush on the ground, I was soaked. I ended up cutting it a little short because I just wanted to head home again and get warm.

I did discover a few things on this run, though. One: Clement Park is hilly and bad for running through. Two: Attending the Columbine Memorial (to the kids killed in the Columbine Massacre of 1999) on Christmas Day is a weird buzzkill made even weirder if you attend while it's snowing. It's a nice memorial, but probably the wrong time to visit. Three: I don't even like snow if it's falling on Christmas...White Christmas is just a cold and wet Christmas. Four: The Beatles could have used an editor on their White Album...I mean...there is some absolute treasure on there, but some of it is just head scratchingly weird/awful. 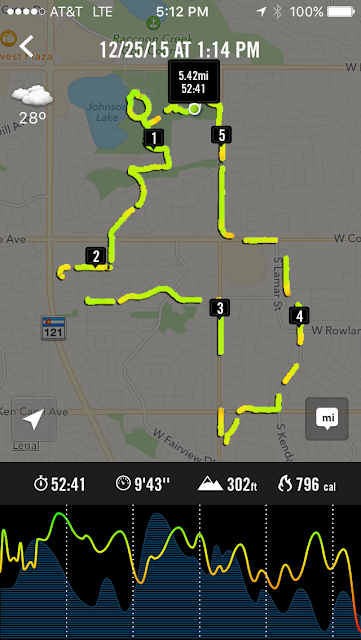