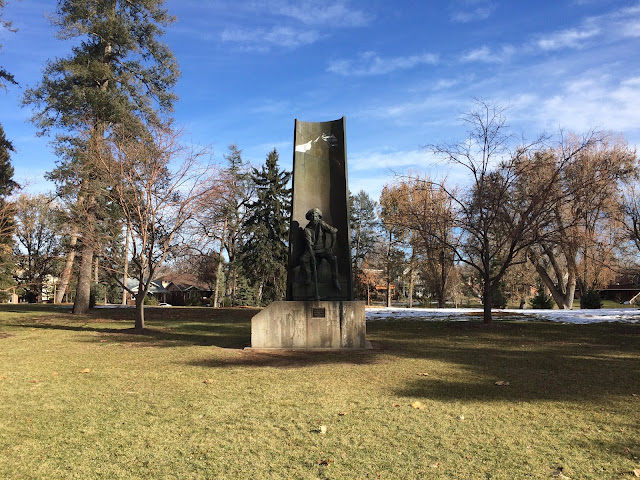 Fighting a cold and not really wanting to think too hard about where to go, I decided to circle Wash Park and the immediate area surrounding it. This also had the added benefit of helping me avoid much in the way of hills, as I just wasn't in the mood to run up a hill.

The resulting run was actually decently paced at just a smidge over 9 minutes per mile, and I also went a little longer than I normally would have as I was within range of taking the lead in miles for December over my brother. Along the way I discovered that there is a statue (pictured above) to commemorate the Colorado Miner that I have never noticed, even though it's been in the park since 1980. This is just another in a long series of events which speak to me not always noticing things. I'm am exceptionally skilled at being surprised to discover something that's always been around. 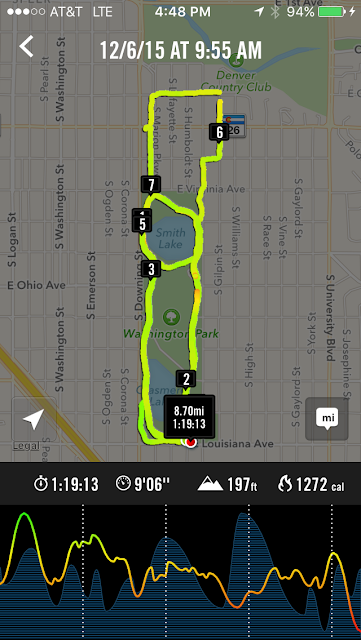