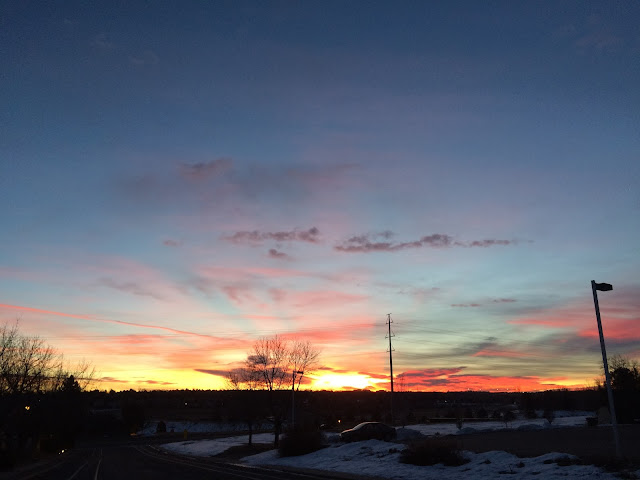 My beautiful daughter turns 11 today, and the day opened with a beautiful sunrise in her honor. I was out trying to get a few miles, but I realized from the start that it wasn't going to be a normal full out run. After running eight miles on Thursday, my calf was hurting badly all morning yesterday and although I awoke with it feeling much better, I didn't think I should push too hard. Plus, I felt a bit like a zombie when I awoke today, and I had the added pressure of needing to be at work a little earlier than normal while also wanting to have time to watch my daughter open a few presents. So the compromise was to go easy today, going less than five miles and spending some very large chucks of the time walking rather than running. I didn't feel great this morning, but it was good to get a few slow miles in and of course, I was treated to a gorgeous sunrise.

A few other notes: Note 1. I listened to the oldest Beatles album on Spotify, and Please Please me has about four good songs, and a bunch of mediocre or worse filler. The Beatles became sublimely great, but I wouldn't say they were otherworldly in 1963. This is easily the worst album of the ones I've listened to in their entirety since they were released on Spotify. Note 2: I just purchased on Thursday a new FitBit (The FitBit One) on Thursday. This one counts not only steps, but also flights of stairs. I bring this up, because I have always preferred to run to the West rather than run to the East. I have never had a great explanation for this until today, when I went to the East to shake things up, and my FitBit gave me credit for running up 37 flights of stairs on this shorter run. I don't know what will happen when I run to the West, but I have a feeling it won't be THAT many flights, even on a longer run. So the problem with going East is the hills, man. Those hills are rough! 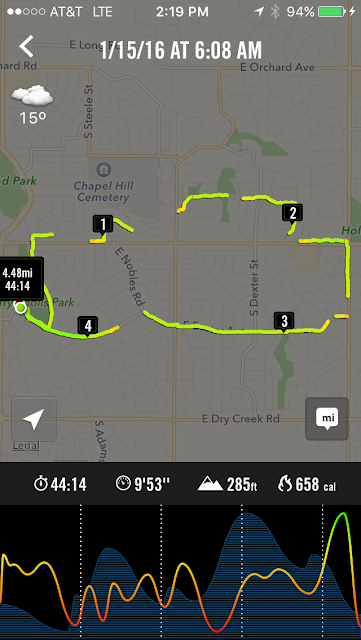