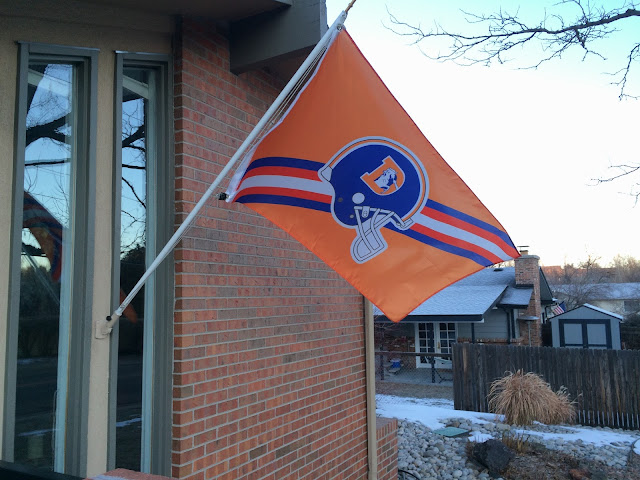 It was 19 degrees as I left the house today, and it was windy. This was by far the coldest run of 2016 thus far. Despite the chill, it was actually an awesome outing. I may have gotten a little too ambitious at about the five mile mark, however. At that moment it would have been wiser to head due east and back towards home, but I kept hoofing it south, extending my run by about two and a half miles and making it last 20 minutes longer than it should have. But if I am going to accidentally run way too far, better to do it on a day when I feel great, and I felt GREAT today.

The only drawback to the whole endeavor was that a long run combined with the frigid temps chilled my cheeks to the point that when I got home, I had a hard time talking. My frozen face and the resulting weird style of talking that it forced me into made my son laugh at me, and I can't blame him. I sounded ridiculous.

At one point early on in the run I saw what I believed to be a giant coyote or possibly a wolf just standing there in it's enormousness, just staring at me, possibly hungry. This beast was gargantuan, I'm talking supernaturally large. I was definitely intimidated, on the verge of frightened, even. Then I realized it was a bench. Perhaps it's not my proudest moment, but it's too funny not to share. I was on the cusp of alarm with a shot of adrenaline pumping through my body thanks to fear of outdoor furniture.

Today's photo is of a glorious old school Bronco flag, which I passed when I was about as far west as I could possibly get on this run. If I hadn't taken my extended route, I would have missed out on this monument to orange, which would have been a great loss, so yet another reason I'm pleased with just how much further I ran than I should have today. No regrets! Go Broncos! 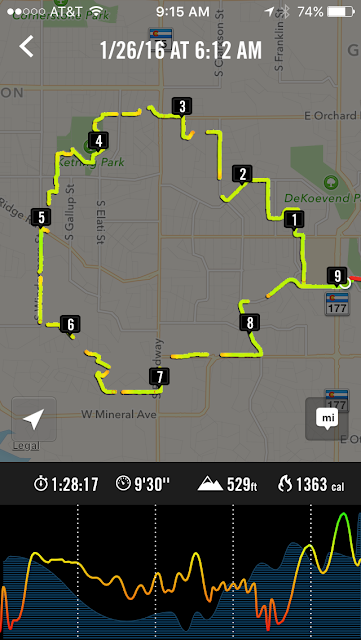