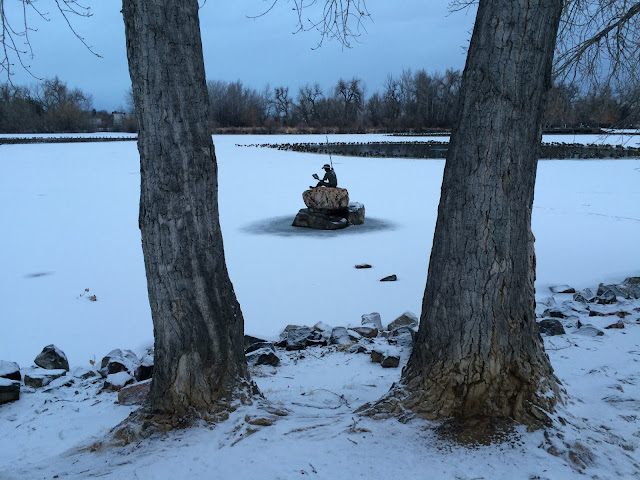 This was probably the warmest early morning run I've taken in a month. It also snowed almost the entire time, which lets you know about how chilly my past month of running has been. There wasn't a ton of snow, but the little amount that fell overnight carpeted the world with a fresh layer of white, so everything was bright in a way that only a fresh snow can provide. If I was one to find snow pretty, this would have been a pretty morning.

I ended up taking a picture in my award winning picture spot at Ketring Lake and decided to post it because this was about as wintry as this spot is ever going to look, and I'm hoping to capture this same spot in the apex of each season. (For a summer picture of the same spot, click here)

The music for today came exclusively from one very long album. The Postal Service's "Give Up" (a side project from electronic music artist Jimmy Tamborello and Death Cab for Cutie's Ben Gibbard) this is the only album they ever released, which is a shame because it's really good. This was the deluxe 10th anniversary edition, which has twenty five songs on it and seems to go on for days. The original 10 song album is probably better, but this one is fun because it has several songs that are performed two or three times in varying ways, and they all seem to work despite their musical diversity. It's a fun listen. 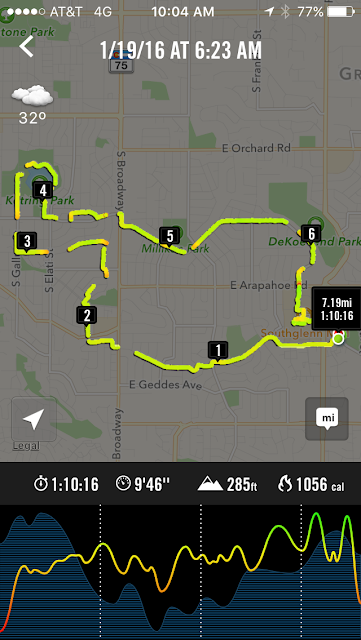