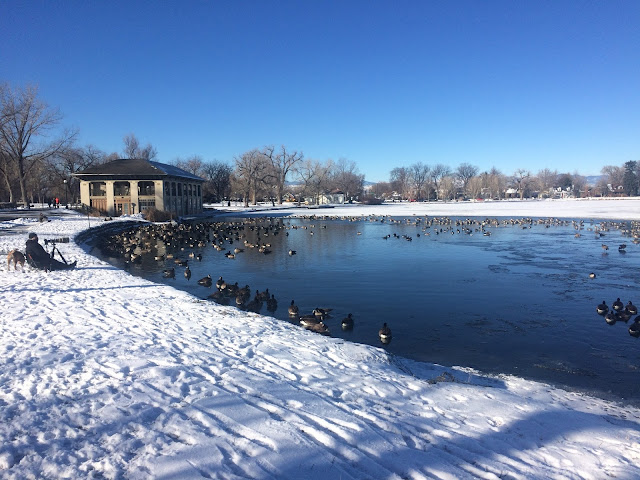 After snow hit the area right before the weekend, and cold temps made sure that practically none of it melted, I figured the city streets would be an icy disaster. I didn't feel like trying to avoid falling AND traffic at the same time, so I figured I'd embrace a world of no imagination and just circle Wash Park four times to get my miles in for Sunday.

That is just what I did. I looped the same section of streets four times and called it a day, no diversions, nothing off the beaten path, just ground and pound around the park in a circle (not literally) pattern. It wasn't the most interesting of runs, but it wasn't miserable either. The weather was sunny, if not warm, and it felt good to get a decent number of miles in at a relatively decent pace for a change.

Since this path through the park didn't really lead me down any new roads I didn't get much in the way of a good photo op, but there was a lot of white snow on the ground which I have been told is beautiful. There was also a huge flock of geese sitting on the unfrozen portion of Smith Lake at the north end of the park which was fun to look at, and even more fun to look at was the guy with the giant camera on a tripod who was just sitting on the lake and staring at the waterfowl. He never moved the whole time I was standing there. He never looked at his camera or even seemed to be interested in photographing anything with his giant lens. He just kept staring at geese. I'm not even sure he was actually alive, although it'd be rather creepy if he was just a frozen corpse who died waiting for the perfect shot. I'm guessing he was fine, he was just very patiently waiting for the perfect shot of a goose.

(Also, this brings my streak of posting photos of ducks swimming on a frozen lake to two.) 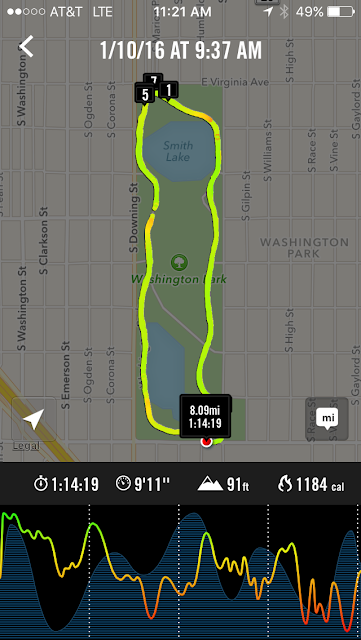