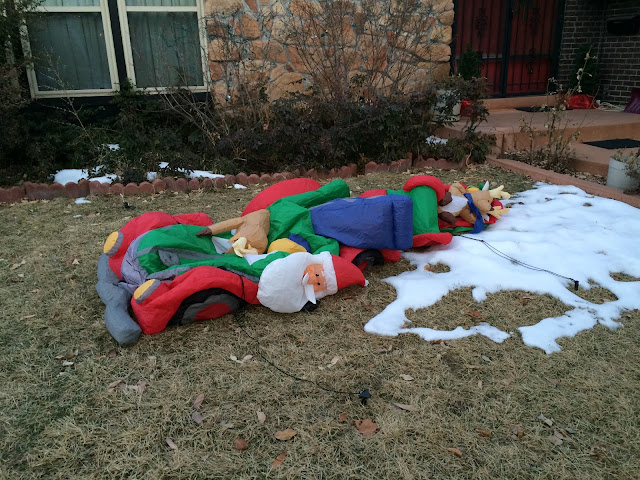 The alarm went off this morning, and it was all I could do to pull myself out of bed. Christmas is over, New Years has passed, and we are left to deal with the harsh end of long cold winter now that all the celebratory elements of the coldest (and worst) season of the year have passed. This Christmas inflatable lying flat and deflated on this lawn seemed the perfect metaphor for early January. This is kind of how I feel right now...a bit deflated and out of oomph. I had a hard time sustaining a decent pace, and had to take several prolonged walks this morning. I actually picked up steam as the run went on, but the first three miles were brutal, and as is becoming customary lately, I was pretty slow.

I probably need to work on my nutrition and also make sure I get some better sleep, as both of those things would probably increase my stamina greatly. I also look forward to the ground thawing a bit so that I can once again use the Highline Canal trails. Right now it's nothing but street running, and it's much harder on the old body than the trails are.

Still, by the time I finished up today, I was very happy that I got out and pounded out some miles. Even a rough run can be a good time. I'm thankful that I've been able to keep grinding, even through harder times when it's not as easy to run. I do believe I'll get my groove back. 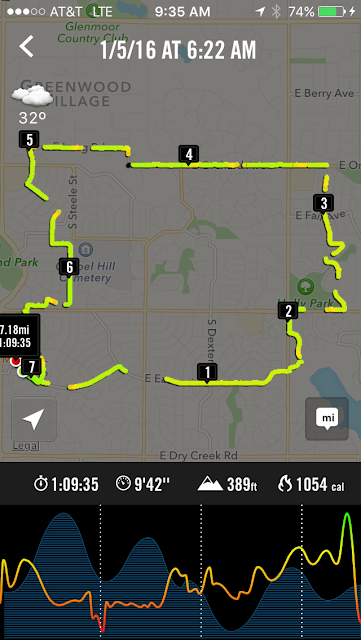