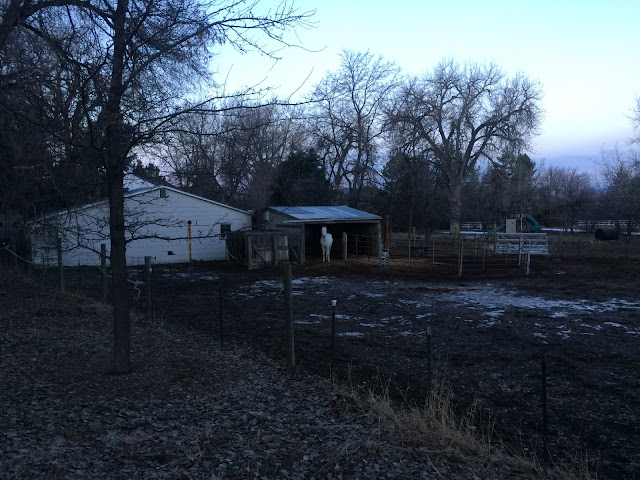 What a day. What a glorious day! It was over 40 degrees outside before I ever got started, it felt so nice I didn't even bother with a hoodie (as I usually must do during the winter months), and I was cranking right along feeling pretty good as I ran today.

I started running in a southwesterly direction, and found myself taking one of the most direct routes to a distant portion of the Highline Canal Trail that I have rarely ever traversed. This allowed me to go much further southwest than I usually ever get on a normal weekday run. AND it allowed me to pass by several horses that I have never seen before.

This particular horse in the photo above looked almost ghostly when I first saw it today. The sun hadn't completely risen, but enough light was around to cause it to almost glow due to it's whiteness. I'm kind of a sucker for a horse, as I've mentioned on past occasions, and I started talking to this horse and it reacted in a funny way. It seemed like it was interested in me because I was talking to it. Perhaps people who have talked to this horse in the past have brought apples or something, because the horse approached me in a very friendly way. Although I was talking to it, there was a slight descent to the fence, and I didn't feel like twisting my ankle in order to get a bit closer to the horse, so the horse seemed confused. He wanted to get closer to me, but he also wasn't sure if he should go all the way to the fence since I was still six feet away on the trail. The end result was that I was talking to a horse at 6:30 in the morning and the horse was staring at me. I'm sure it would have looked somewhat awkward if someone had passed by, but no one did, and I enjoyed my time with the horse. 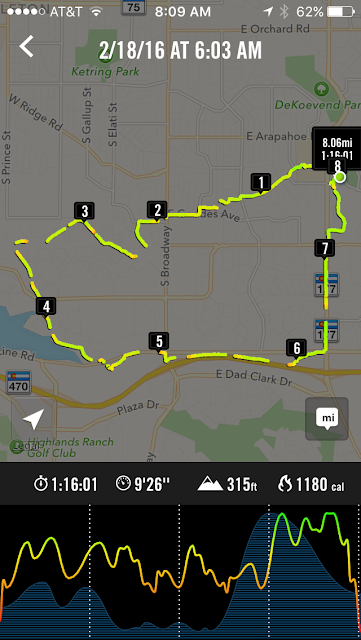