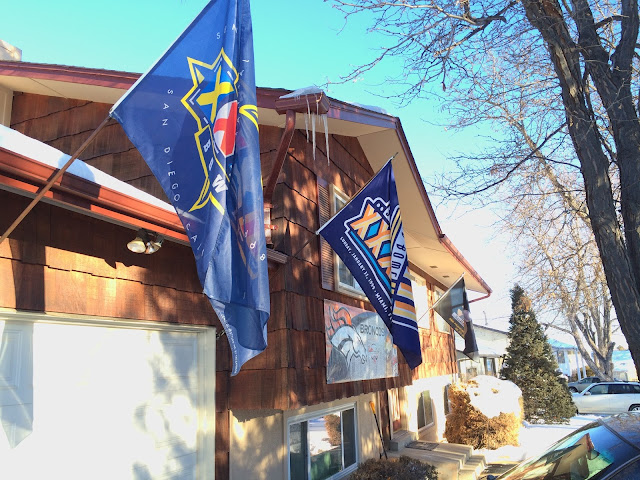 Forces conspired to get me out and running when, if I'm being honest, I probably shouldn't have. After huge snows hit Denver this week, I've been forced to either skip runs or *shudder* run indoors on a track. The weather has remained cold so that the snow hasn't melted. The streets are a hideous combination of ice and snow. My original plan was to limit my range to The Streets at Southglenn, the outdoor mall near my home that is fastidiously groomed...ice and snow banished to allow for consumer spending. However, as I took the first half lap around the mall area, I realized that there was going to be little Bronco spirit nearby, and running around in continuous circles for six or seven miles gets SO BORING. I made the bold decision to strike out onto the great frozen streets and boulevards of Littleton.

While I was running the streets I saw SO MUCH ORANGE! This city is ready for the Super Bowl, hopefully our Broncos are too. I ran super slow, as much of the time I was either running through deep snow, trying not to fall on treacherous ice, or picking myself up from the one time I was unable to maintain my balance. I fell just before I hit the five mile mark, and I slipped and went down pretty hard. I'm sure I looked hilarious landing flat on my back in record time. I went down like a sack of hammers. This marks the second time this storm's snow has put my on my back, as on Tuesday as I walked into work from the parking lot, I also took a very similar tumble. Hopefully I can keep my feet for awhile, but honestly, all bets are off.

Of the many Broncos flags and banners that I took photos of today, I chose this one for the photo, as it has flags of the Super Bowl logos of the two Super Bowls the Broncos have won plus a Super Bowl 50 flag...a Super Bowl we hope they win. I liked seeing those three logos grouped together, hopefully they remain that way for all time, and Super Bowl 50 doesn't join 12, 21, 22, 24, and 48 as failed attempts. I also found it amazing that this guy has a banner with a Broncos logo attached to the front of his house that looks like he swiped from a bar. Not pictured: His Bronco mailbox. I love this guy.

One last thing...I saw two middle school or early high school aged boys walking around before the sun came up this morning. The temperatures were in the low 20's, and they were wearing SHORTS! I know old people are constantly amazed by the weirdness of the younger generation, but I'll never understand this anti-pants trend. Being cool is one thing, but to be cool at that age you have to be freezing. 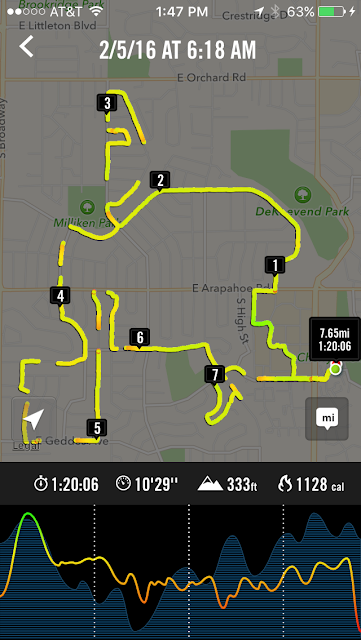