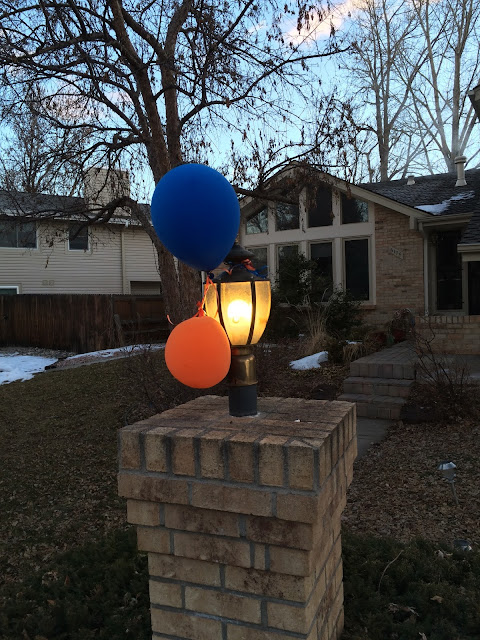 February 12, 2016
7.36 Miles in 1:11:33
Mood: Contemplating how my expectations reflect my experience of the world.
Soundtrack: The Bill Simmons Podcast / The After Disaster /  99% Invisible

If this week has taught me anything, it's that I was anticipating the Broncos would likely be losing the Super Bowl. That isn't to say that I was automatically assuming they would lose, but I was hedging my emotional bets for it in case it happened. Two years ago the blueprint was set...the Broncos made it to the Super Bowl, everyone in Denver got so excited and lost their minds about them, then they lost in such an embarrassing fashion that everyone dropped them like a stinky dead fish. That precedent two years ago was burned into my expectations, so that when the Broncos actually won, I was completely unprepared.

This year's journey started down the same road as two years ago, the Broncos defeated the Patriots and were heading to the Super Bowl. People were keyed up for the big game as it got nearer, and my expectations subconsciously were expecting all the enthusiasm to die immediately after the game.

I didn't try to get Tuesday off of work prior to the Super Bowl because my brain didn't even entertain the possibility of a parade in downtown. It literally never entered my mind to prepare for the possibility. A local radio station changed it's name to "Orange 93.3" in honor of the Broncos immediately after the AFC Championship Game, and I was prepared for them to switch back to their normal name Monday morning. (They are still calling themselves Orange 93.3 as of today.) I was driven to take as many pictures of orange and blue mania popping up in local neighborhoods prior to Super Bowl 50, because in the back of my mind, I think I was emotionally figuring that it would all go away right after the game.

I say all this not to say I was hoping the Broncos would lose, or that I had no hope, either. I truly thought with their stingy defense that they had a punchers chance, but I think I was just mentally prepping for it to all end suddenly just like it did last time. Then, it didn't.

I think that is why this week has been even more incredible than I was expecting, because I truly wasn't expecting anything. It was like a big sweet orange present dropped into my unsuspecting lap. Now, as things are trending back to normal, the orange and blue stuff is still everywhere, the parade was a million goofy Bronco loving goofs wandering about with big smiles on their faces, and things remain happy as people in town walk around in a giddy stupor wearing championship hats and t-shirts trying to remind each other that it actually happened, the Broncos actually won.

This phenomenon is one reason why I really liked this picture I took this morning. These orange and blue balloons are tied to a lamppost (I assume those balloons have been there since Sunday) and they are still unexpectedly out in that front yard, even as they are starting to deflate and die because we aren't entirely sure we expected to be able to leave Bronco balloons out for this long, but somehow we have because they won. Although they aren't as robust as they were on Sunday, they still remind me of the unexpected and wonderfully improbable championship victory for which they were put out in the front yard of this home to cheer for in the first place.

My run today was the first time that the realness of it all kinda soaked in. I see Broncos flags and gear everywhere I go, and it's starting to sink in that it actually happened as balloon that wouldn't be floating limply in this front yard anymore if they had lost are still limply floating in all their glory.

This wasn't a great run around the neighborhood, nor was it a terrible one, but I felt really good at the end of it. Things are getting back to normal and this city has had an emotional shot in the arm and the spiritual lift it has provided to civic pride is as real as it is silly. It's a trivial thing that we take very seriously, and while sports often annoy and irritate us, sometimes they provide a central rallying point for a whole community to get behind and they make us feel great for a little while. The afterglow has been really fun to live through, even if I wasn't expecting it at all. 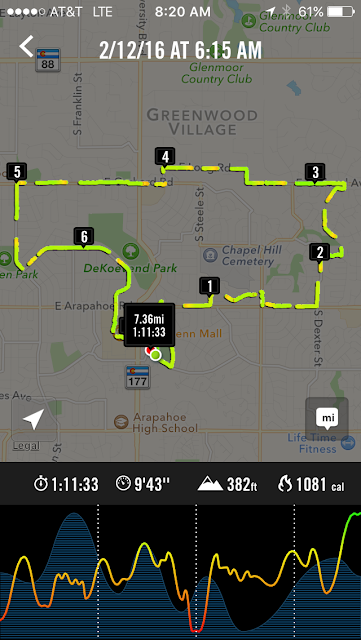