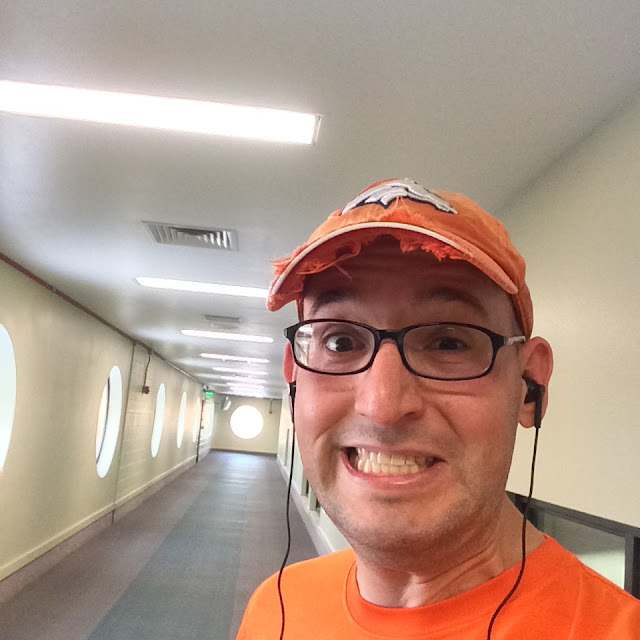 It has been snowing for days. This morning it was cold and the sidewalks and streets were buried under an ungodly amount the white devil. I haven't been able to run a lick since Friday, and I was overdue. So in an act of desperation, I went to Goodson Rec Center and hit the track. The good thing about the track is that it is indoors, so I avoided snow and even was able to run in shorts for the first time in months. It is also a positive place to run in that there are no hills with which I had to contend. Thus ends the positives, although I was happy that I had a place to get in some miles, running on a track is tough sledding.

The main downside is that running in loops on a track that is less than a tenth of a mile gets awfully boring awfully quickly. The only real variation comes in the form of other people using the track. There are a lot of old men in jeans walking around, and a few other interesting track users including the woman who was there for about fifteen minutes and ran super fast for about six minutes, and then super slow for about nine, and then vanished and another woman who was walking, stretching, jogging and lunging her way through a workout that she seemed to be making up on the fly. There were also two different aerobics classes taking place over the course of my run. One which was just about to end when I was just getting started, and one that was just getting started as I was wrapping up. I also could look down into the pool area through several different windows to see bored lifeguards staring out at an almost entirely empty pool.

Running miles on a track also goes much slower than when I'm out in the open country. I would feel like I had run a mile, look at my running app and see that I'd only gone four tenths of a mile. It was good to run again, but running around doing nothing but making 90 degree right turns for an hour while the view basically never changes is tough. I am grateful that the track was there, as otherwise, I'd have missed yet another day, but I am cheering heartily for the snow to melt as quickly as possible.

On a positive note, at least I had something compelling to listen to. I spent the entire time listening to the cast recording from the smash Broadway musical "Hamilton". Which is a hip hop styled musical telling the story of the life of founding father Alexander Hamilton. It's spectacular, and definitely made the morning's run more bearable, as my mind was occupied with dazzling feats of history being recounted in a fresh and amazing way. If you have the means to check it out, I highly recommend it. 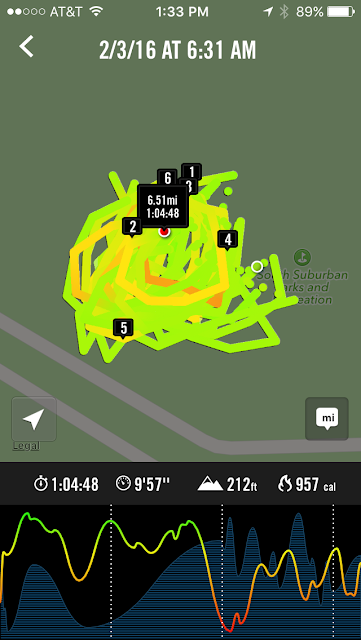