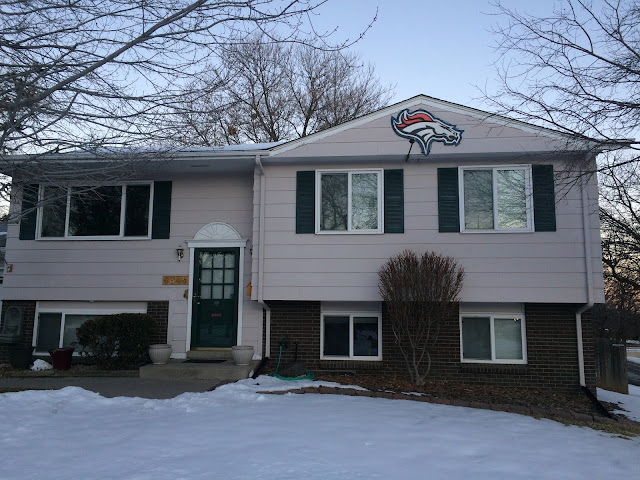 February 9, 2016
7.82 Miles in 1:15:57
Mood: Celebratory in advance of a celebration.
Soundtrack: The Bill Simmons Podcast / The Dan Lebatard Show / Twenty One Pilots "Blurryface"

It had been a day and a half since the Super Bowl, but I was still amped up from the Broncos win. The celebratory parade was happening this day, and I had taken the day off and pulled my kids from school, because the Broncos don't win the Super Bowl everyday, and this was going to be an amazing opportunity to share the excitement of the parade and rally downtown with a huge group of fellow fans in a celebratory manner. (Turns out the estimates were that over a million people joined us downtown for what was a very chill, very happy, very orange celebration.) I had to pull the kids, because sometimes things are more important than going to class or work, and getting an opportunity to make memories with a unique event like this was an opportunity I wasn't going to miss.

Early Tuesday morning, however, I was just trying to get in some solid miles. The first week of February and the copious amounts of snow that came with it have put me behind schedule for a 100 mile month. I knew that I could take a slightly longer run than normal, as I didn't have to be at work on time and I could get back home a bit later than usual. With this knowledge, I went a little further West than usual, and made it all the way to Downtown Littleton. My goal, as it has been for the past several weeks, was to find and photograph evidence of Broncomania. This goal keeps getting easier, and now that the Broncos have actually won the championship, the orange is EVERYWHERE. (And it's wonderful)

Today's picture came from the oddest bit of Bronco decor that I found. A house that was otherwise undecorated, except for a giant Bronco logo at the top. Flags are a dime a dozen, I saw an orange flag on practically every other street this run, but a large logo with nothing else? That was weird, and special. It made me happy to see such a strange decorating decision, and put me even further into what was already a pretty good mood.

As for the parade, it was a day that I'll never forget. Wonderful memories being shared with my kiddos, and just a great day. When everything was over, I wasn't ready to stop having fun, so we ended up at the zoo for an hour and a half on top of everything else we did. A truly marvelous day with two children I'm awfully fond of spending time with. Before long, the world will get back to normal, but this day was just a fun time to bask in the Super Bowl afterglow, and we did. 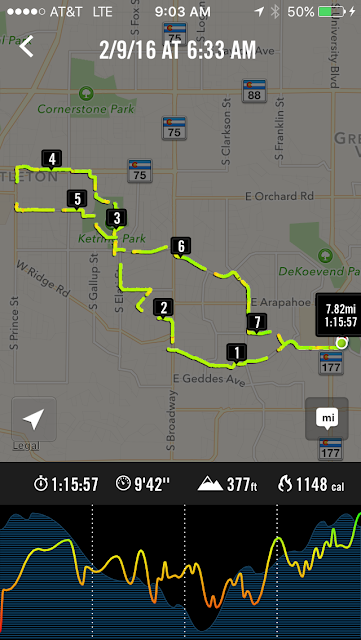