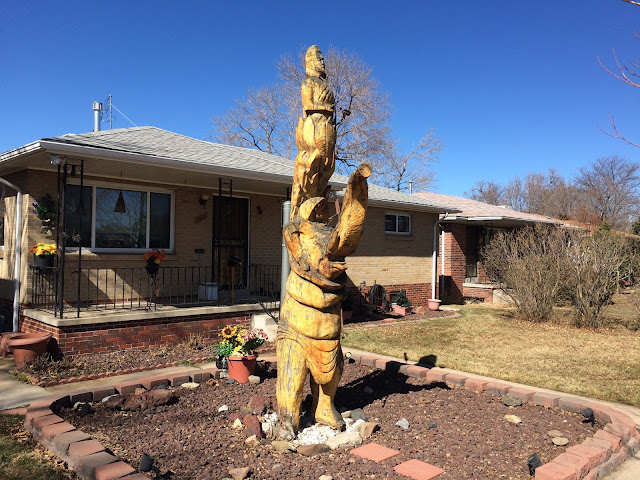 Sometimes a tree dies in your yard, and rather than cutting it down to a stump, you have it carved into an elephant with a goddess on it's head. Because that's just the right thing to do.

It's still February, but the weather in Denver seems to think it's May. I am never going to ever ever complain about blue skies and sixty degree days. Complaining about days like this is like saying you are too content, have too much money, or are feeling too happy...it just doesn't compute. I attacked this day with vigor, because there aren't enough perfect days to go around, and sometime soon the snow will be falling and the weather will be miserable.

I have taken to only listening to Hamilton on Sundays, and it's become something of a treat for me to hear this amazing musical as I am partaking in my Sunday runs through neighborhoods I can only visit once a week at a maximum. I am honestly still so in love with Hamilton that I could listen through it several times a week, but in the interest of not burning it out, I've set an artificial restriction on it, which if anything only makes it better.

On the southernmost section of this run, I passed by a giant hole. I went out of my way to go past it, as I wanted to look down into it. It's this giant pit that has all sorts of construction equipment in it. All the buildings that used to stand on this spot were razed, and now they have dug this enormous hole, which I only assume it the new foundation for an enormous sixty story skyscraper. The hole is exceptionally deep, and it has all manner of cranes and earth movers in it, and it's the kind of thing that inspires little boys to play with Tonka trucks. There is something deeply satisfying to the soul of a man to see a very deep hole. I can't really explain it, but it started my run off on a great foot and my pace was fast for the entire outing and I attribute it mostly to this big hole in the ground...well, that and Alexander Hamilton. 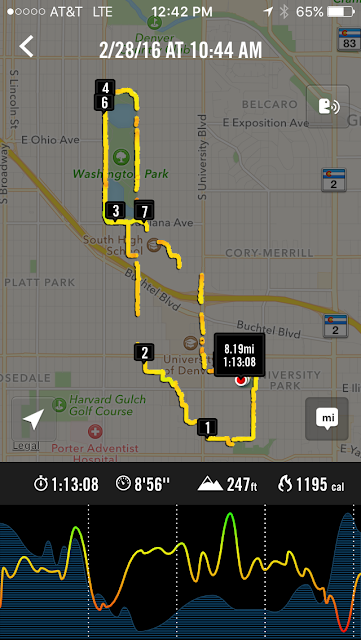