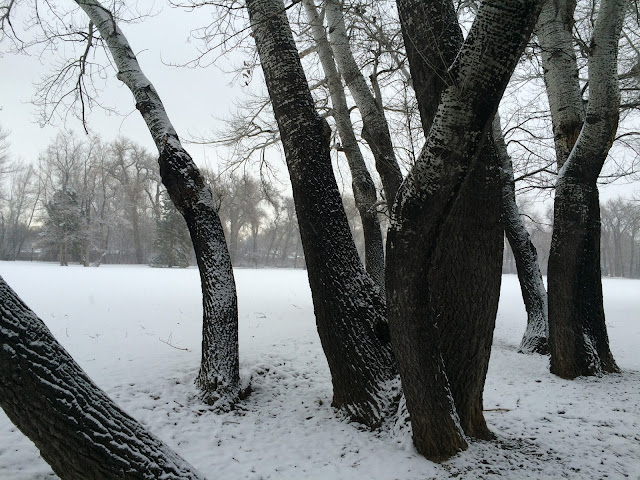 Winter returned to Colorado this morning for a brief cameo. We got about an inch of snow overnight. It was cold, but it wasn't snowing as I left this morning. I figured that the snow had passed by, and I could push through the cold. I push through cold all the time.

Things were fine for the first 30 minutes, but then the flakes began softly falling. I didn't mind the soft portion of the falling, but ten minutes later, I was being deluged by very large flakes of very heavy snow. At this point, it began getting a little bit miserable. I was about three or so away from home, and I began prepping myself for a tough trek back home. Thankfully, the snow let up after about 10 minutes and for the rest of the return trip home it never really rose above the level of a few scattered flakes.

I ended up with a shorter run than usual, as I found myself walking through the worst portions of the storm so that mileage didn't count towards my running stats. I was happy with nearly getting to 7 miles and not having to fight a blizzard, so I counted it as a win anyway.

The photo from today comes just as the real heavy snow had let up. I was in Ketring Park, and the snow had rendered the scene a frigid version of beautiful. Not my favorite form of beautiful, but I can't deny it was pretty. 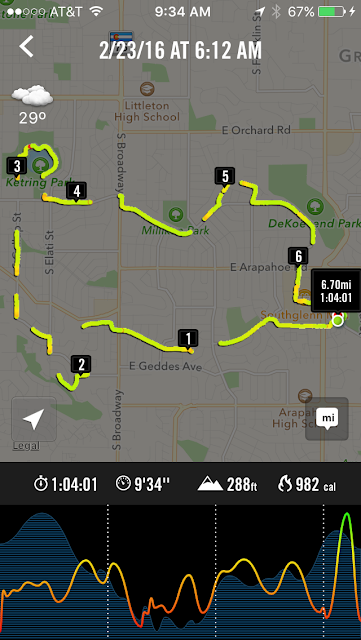