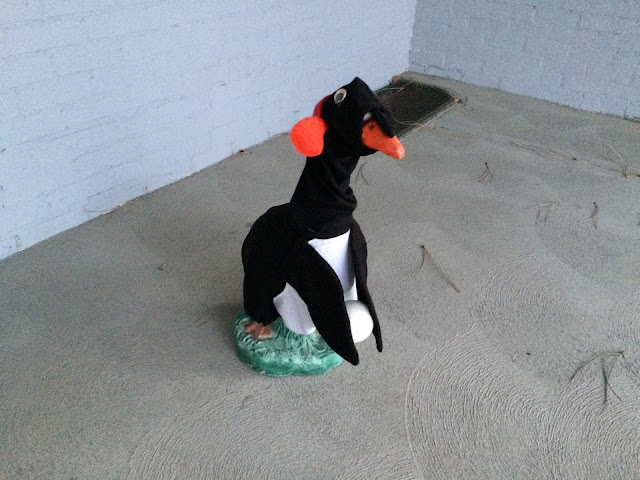 This is a goose statue that is wearing a penguin costume. I mean...I understand what the things are that I am looking at, but I don't understand the "why" of what I'm looking at in any meaningful way. I'm not judging, I'm just confused. Even if I'm not sure what is happening here. (And clearly, I'm not certain.) You can rest assured that if I ever find a statue of a goose in costume while out on a run, that sucker is getting photographed.

I decided to finish up a tiny bit early, running straight home rather than going for about another 10 minutes to get another mile in, and then hopped in the car from home to get to the grocery store and then back. A terrible thing happened as I was driving to the store. I smelled something unreasonably foul, and thought to myself, "Egad, what is that horrific odor."

Then I realized that it was me. Exercise is good for your body, but not so much for your scent. Thank heavens for showers, I'm sure no one would want to have to put up with my stench, as not even I wanted to put up with it this morning.

On the plus side, I got the milk. 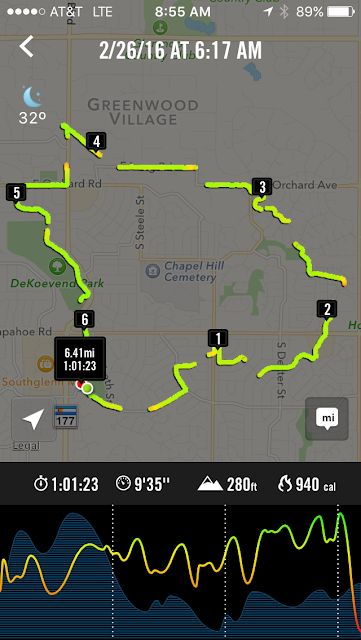