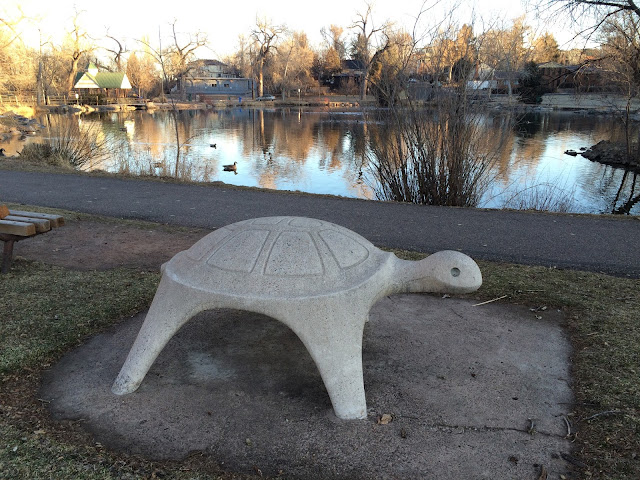 February 25, 2016
7.60 Miles in 1:09:21
Mood: Frozen and competitive.
Soundtrack: Counting Crows "Somewhere Under Wonderland" and "Echoes of the Outlaw Roadshow"

It was 17 degrees when I started out this morning, and it only jumped up to 24 by the time I arrived back home. Thankfully, it wasn't windy, but it was chilly enough that halfway through the run I was experiencing the frozen cheek phenomenon. When you have big chubby squeezable cheeks like mine, and then they get really cold, it creates an experience which I can best describe as, "Oh my God, my entire face is frozen."

I have heard that if you get Botox, it can sometimes completely immobilize your face so that you are incapable of creating facial expressions. I would contend that after an hour running in temperatures in the teens, I have complete empathy with what that must feel like. I have difficulty smiling twitching my nose or trying to smile, and my speech begins to sound quite disturbed, as I have extreme difficulty making any of the sounds which require you to manipulate your face. Thankfully, this sensation goes away fairly quickly once I head indoors. Three or four minutes and I'm back to normal. Still, it's a weird feeling.

In addition to freezing my face, I also took the opportunity to over-exert myself six and a half miles into my run. I was walking south on Clarkson and trying to change to a different music album when a speedy woman runner flew past me. I so rarely get the chance to pace myself against another runner in the winter, because most sane people avoid going running outdoors early in the morning on days with temperatures in the teens. I guess most people don't like having a frozen face, but this woman is apparently a fellow psychopath and she was running pretty fast. So after a moment's hesitation, I began my attempt to try and catch her.

She had about a ten second head start on me, and was moving at a good clip, but nothing gets me inspired to run faster than I should more than an opportunity to catch up to someone else who is also running. I started running much faster than I had the stamina to maintain at this point in my run, and to make it worse, I was running uphill. After catching up to her, I kept up the same speed, and passed her. We were approaching Arapahoe road, and I was pretty well gassed. Arapahoe is a busy road, which necessitated me stopping, and she was only a few paces behind me.

She came up to me and said, "Great pace up that hill!"

I laughed and told her that I love it when there is someone pushing me to run harder. What I didn't mention is that I was really hoping she was going to be running in a different direction, because I was exhausted by the actives of the past five minutes, and I had no chance of keeping up this "great pace" for much longer.

I found a gap in traffic and started across the street, and she followed just a step or two behind me. I gave it my best effort for the next two minutes, but as the uphill climb kept going, I was gassed. I had to stop and catch my breath and she whizzed on past. I paused and wheezed for a couple of minutes as the cold air burned my lungs, and headed back home at a slower pace for the final mile. I was proud at how hard I had gone, but I also realized that it was silly to try and keep up with this woman who was clearly going a lot faster than I could keep up with at that point.

I think this is why I usually tend to get faster times when I run at Wash Park with it's hoard of runners. I just get competitive for no good reason, and it makes me faster. Regardless, I like being pushed, even if I can't keep up with the people I choose to "compete" with.

As for today's photo, it comes from the lake Sterne Park. I don't usually get that far west on a normal day, but I was moving faster than normal today, and I decided to try and push a little further than I'd normally go. I truly love this little lake, it's pretty idyllic, and every time I run past it, it makes me happy. Plus it has a little table in the shape of a turtle right next to it, so who wouldn't love it?? 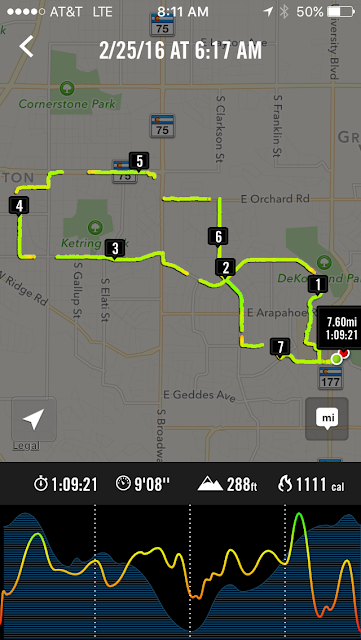