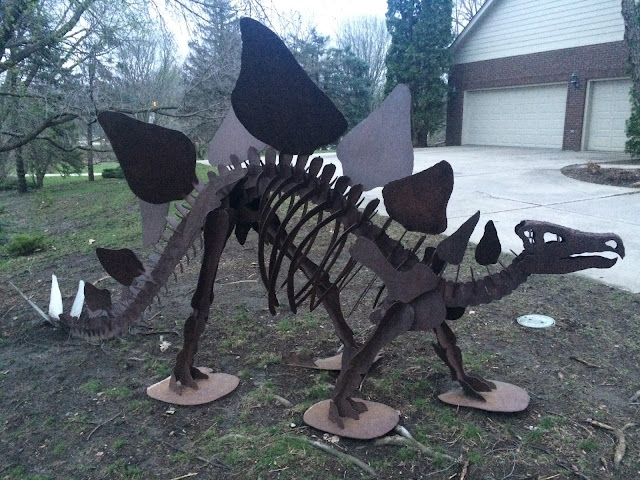 This was a rare and wonderful opportunity to add a new state to the roll call of the Run and Shoot blog. Over the four hundred and thirty-eight posts I have posted about runs in Colorado, Kansas, Washington, South Dakota, Illinois, Arizona, New Mexico, Louisiana, Mississippi, and now I have bagged Iowa!

There was a air of nervous energy to this run. I woke up at 5:30, didn't get on the mean streets of Des Moines until 6:01, and I had to be back to my wife's Aunt and Uncle's house, fully bathed and clean and ready for breakfast with family by 8:00. Add to that time constraint the fact that my phone didn't charge overnight, so as I started out that morning my phone was only at 44% charged as I was running through a city that I am wholly unfamiliar with. If my phone died while I was out running, I'd be stuck with no means to contact anyone in a place that I did not know well.

I honestly considered for a moment scrapping the run since I was a little worried that I wouldn't have enough time to get a long run in and I was really worried about my phone's battery. I walked outside the house and then went to turn back in with the notion of potentially grabbing my mobile phone battery charger or maybe just abandoning the idea of running altogether, but the door locked behind me and I couldn't get back in to grab it. Rather than sitting on the front porch until someone else woke up, I threw caution to the wind and decided to get my tenth state under my belt.

I found myself considering my route carefully and studying the map well so that just in case my phone did die, I would know how to get back. I also checked my phone more often than I usually do to check on the battery life. It was draining more slowly than I expected, which was a blessing. I also found that due to the low altitude with the accompanying high amounts of oxygen gave my stamina a boost and I was able to just keep on moving without having to stop much at all.

Des Moines was a much more interesting setting for a run than Naperville, so kudos to Iowa. I found varied houses, nice trails and streams, hills, and all manner of trees. Most of the run happened during the early hours of morning, so the light wasn't perfect to take pictures for most of the run. Despite seeing some cool stuff, I wasn't getting any blog worthy photos. Then, about six miles into the run, I saw a Stegosaurus in someone's front yard, and I knew immediately what the blog post would be featuring for a photo. Thank God for Iowans with dinosaurs in their yards! 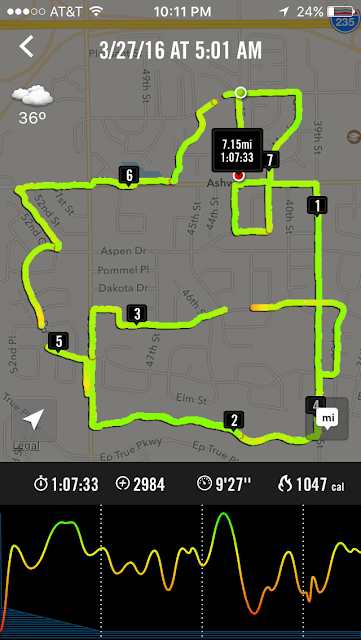