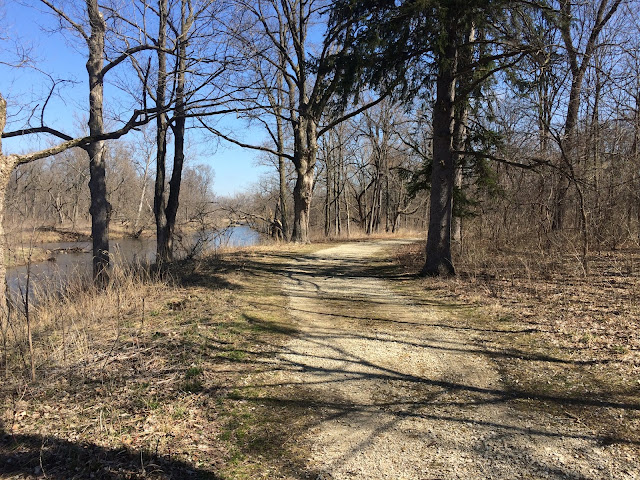 March 25, 2016
8.19 Miles in 1:17:45
Mood: Considering Naperville while others discuss Jerry Seinfeld.
Soundtrack: The Gist / The After Disaster / Judge John Hodgman

After barely escaping a Colorado blizzard and spending nearly 20 hours driving through Nebraska and Iowa, I was overdue for a run. We were in Naperville, Illinois for my wife's grandfather's 100th birthday celebration, and after sleeping in, I had time Friday morning to pound some Chicagoland cement.

Naperville isn't an ugly place, but it's not terribly interesting to look at either. There is a sameness about it that rendered me looking for anything good to photograph for the blog. Mostly it's lots of nice conservative homes (with far less wacky flair than I so often find in Colorado), and there are a lot of green parks with large retention basins everywhere to keep the neighborhoods from flooding. The amount of standing water is shocking for someone from the Western United States, where water rights are highly contentious and the idea that there would be extra water just sitting around because there is no other place for it to go is just weird.

I took pictures of several retention basins, but they just aren't that attractive. They tend to be small ponds surrounded by gravel in the midst of green fields. Sounds like it would be picturesque, but something about it just isn't. I was worried that I wouldn't find anything worth using as a photo until about five miles in when I found the trail locals call "The Prairie Path". It was by far the most beautiful stretch I found while on this run, even if the trail itself isn't quite as well manicured and suited for running as the Highline Canal is. Some parts, like the area in the picture above, were downright pretty.

The strangest part of this run came from the fact that I listened to three different and unrelated podcasts on this outing and all three of them had rather in depth discussions about Jerry Seinfeld. It's always a little weird when that happens. I remember a few years ago I was listening to two separate and unrelated podcasts where the topic of dogs eating kangaroos came up on both the same day. This wasn't THAT weird, but it was still strange to get so much Seinfeld talk. 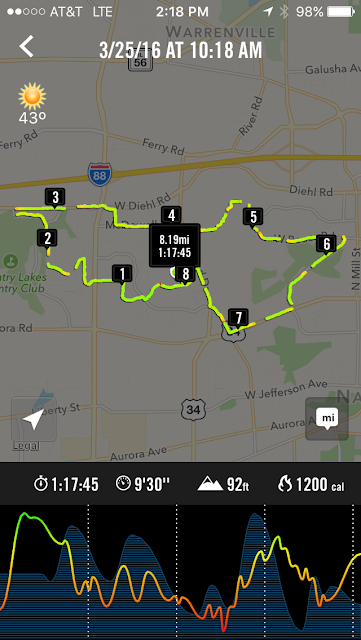