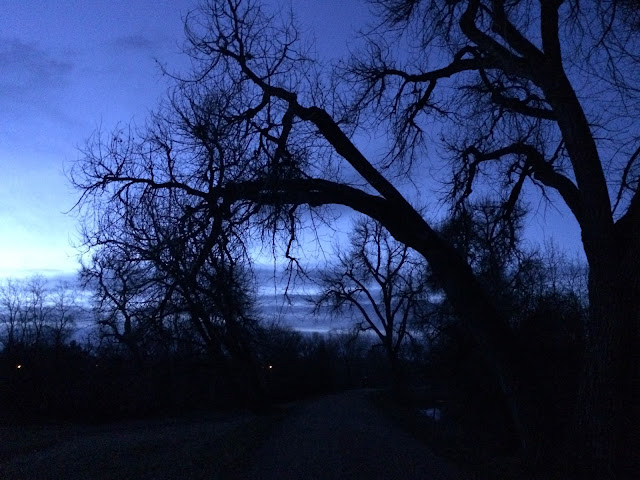 After two straight nights of not great sleep, I awoke this morning feeling a little bit lethargic. I was determined to make the best of it, even though I knew I wasn't at my strongest. Less than a mile in, and I knew this was going to be one of those runs with large chunks of walking. I was tired, but I was still happy to be out. It was a beautiful morning, and even if I couldn't run the whole time, it was nice to be out.

One of the clearest signs that I was not feeling strong was fact that I barely took any pictures on this run. Often times if I'm walking a lot, I'll have more time to see things as I move slowly, and I'll take more pictures. Today, I was in a daze and just enjoying the warm and happy morning, so when I got home, I had only snapped three photos. (To give some perspective on this, I took 32 pictures on my Sunday run.) Thankfully one of the pictures was taken very early on in the run when the sun had not yet risen, and the world was this beautiful shade of blue. This made it easy to decide which picture to use. It's nice to have an awesome option when there are only a few options. 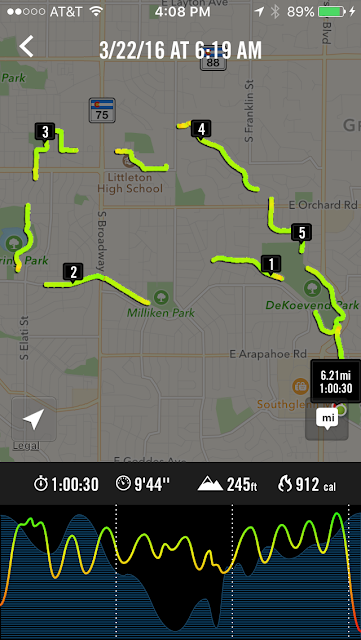