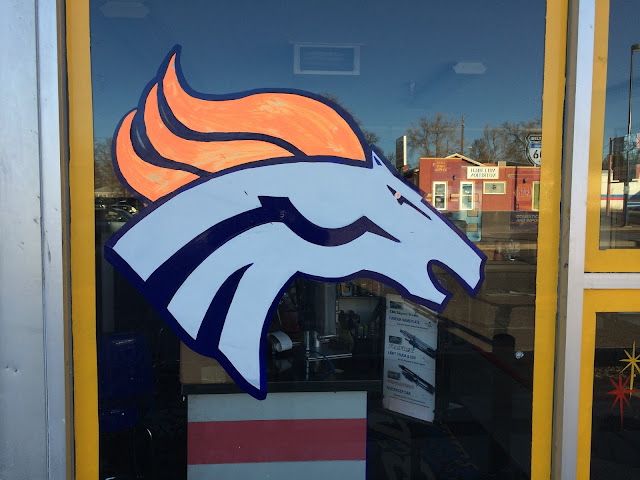 Drawing the Denver Broncos logo is difficult. It doesn't look that complicated, but the angular geometric nature of the thing makes most hand-drawn efforts look weirdly lopsided. It's hard to balance it perfectly. While this is far from a perfect rendering, It's really not that terrible. I love when places show their support with non-official hand drawn efforts. This particular store window was on some little shop on Broadway, and I liked the charming non-official nature of it's Bronco pride.

The greatest moment of this run came as I was listening to a podcast, and a long time listener to the show called in a voicemail to the hosts asking if they could identify a song that had been used as intro music years ago. That caller then proceeded to sing the guitar riffs of the lyric-less song with great gusto. The music was practically indecipherable, but the humor of a man singing a guitar riff in the hopes that someone would recognize what he was doing was comedy gold. I had to pause my running app for a minute until I could compose my laughter. It was really funny. 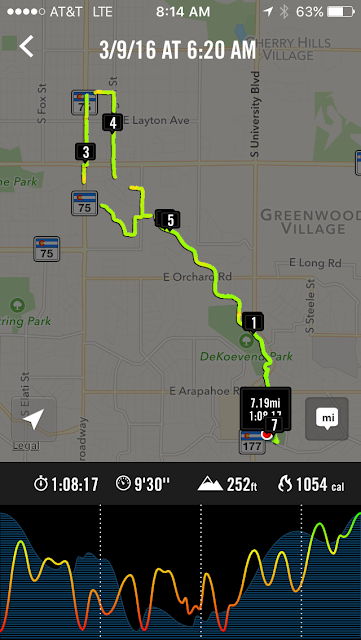