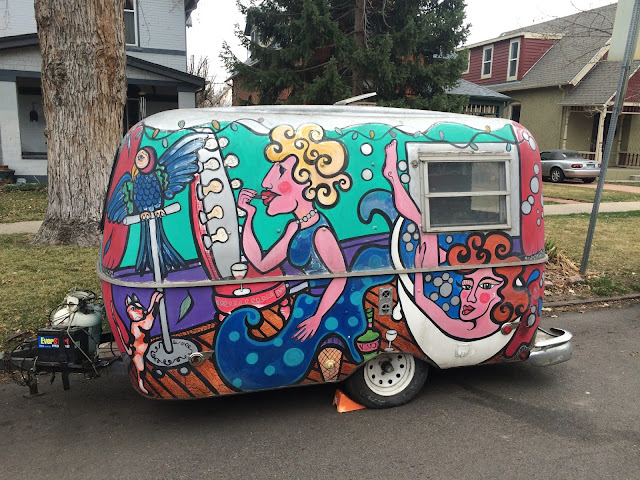 My weather app betrayed me in the worst possible way on this run. It told me that the weather should be cloudy with temps in the 50's. So imagine my displeasure, as four miles into this run, it started snowing on me. The snow was intermittent and not terribly heavy, but it was cold and at times mixed with rain and by the time I was finished, I was both cold and wet. Despite this recipe for a cold, damp and miserable runner, I was actually in a pretty good mood when I was finished, because I was enjoying a day off on a random Monday when most of the world was at work. Even if you're cold and wet, getting to enjoy a run while the world works holds a certain level of pleasure.

I began running at City Park, and made my way through some neighborhoods that I've never seen in my life before. This trailer with the crazy paintings of women in the bathroom was parked across the street from Manuel High School, a place I had heard of, but had never before seen with my own eyes. The neighborhood felt a little sketchy, but I was glad I went through it, because there are all sorts of awesome pieces of art in the medium of spray paint in that area, and I'm glad I saw them.

From this neighborhood, I connected to the north end of the art district in Five Points. I discovered that cool wall with a girl on it I posted on 365 also has a similar forced perspective picture that you can see from the other side that features a boy done in just the same style on the other side of the corrugated wall. I'm sure that boy will get posted at some point in the future, because it's pretty excellent, but for now, enjoy this cool trailer and know that I had a great run on my day off, even if I got snowed on as I ran. 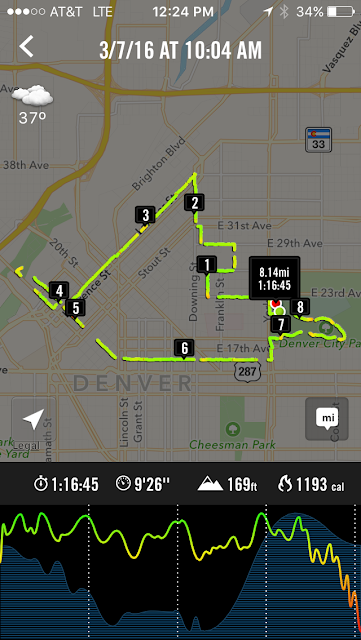