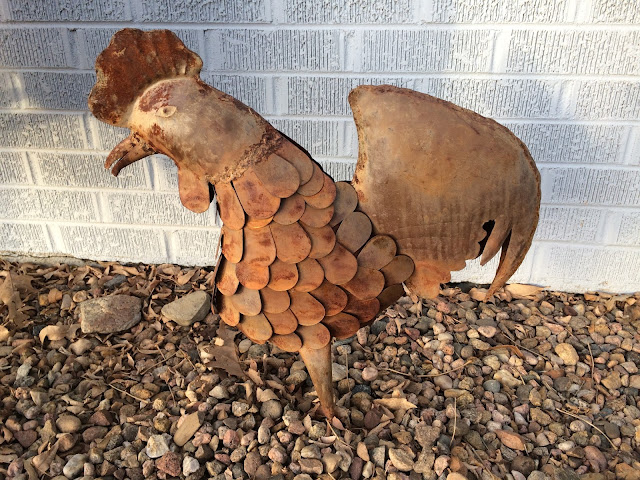 After taking my daughter to the Avalanche hockey game the night before, and then having a rather poor night of sleep, I awoke this morning with serious doubts as to whether or not I should have tried going out running today. Part of me thought it'd just be better to get an extra hour of sleep and forego a run. After a few weeks of feeling pretty strong on runs, today's run was definitely weak. The combo of lack of sleep and today being a back to back meant I had nothing today.

I didn't feel disappointed with how little energy I had today, as there were plenty of reasons that would be the case and I have been doing quite well of late. It was weird just how bad I felt, though. I could feel the tiredness on virtually every step. I didn't stress about it too much, and just enjoyed the walk. It was a lovely morning, so just being a little active was fine...even if I ended up with just over four miles...truly a slacker.

Today's photo is a metal chicken from a home that had three of these lined up in their front yard. I don't know why you'd want metallic chickens in your yard, but there ya go... 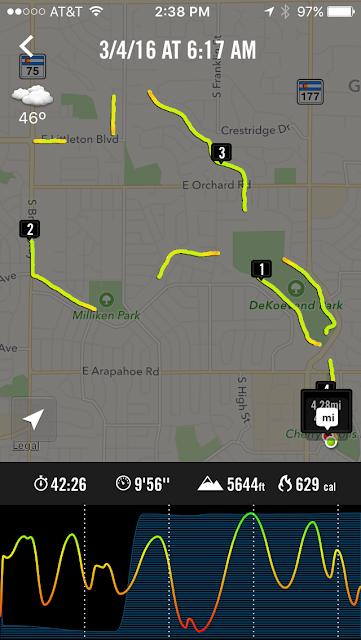